Visualising the future of plant maintenance 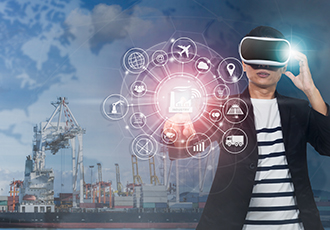 Virtual technology has been around for almost half a century, with industries such as entertainment, education and design all incorporating varying aspects. However, it has only been in the past five years where Augmented Reality (AR) and Virtual Reality (VR) have made their way into industrial environments. Here, Nick Boughton, digital lead at leading systems integrator Boulting Technology, explains how AR and VR are re-defining plant maintenance.

Enabled by Industry 4.0 technologies and the increased networking of equipment, such as programmable logic controllers (PLCs), and supervisory control and data acquisition (SCADA) systems, predictive maintenance uses data obtained by sensors to facilitate consistent monitoring of the condition of all equipment. By analysing this data, engineers can predict when equipment parts may need servicing or replacing, allowing them to intervene before the system fails.

AR and VR are taking this level of maintenance one step further. By using a smart phone, a pair of ‘smart glasses’ or a headset, maintenance engineers can create a digital representation of the fault and, more importantly, the solution.

VR builds on this even further by placing the engineer in a fully immersive digital environment. With the headset on, the engineer can speed up time, using data to visually pinpoint exactly when the system may fail. This level of maintenance allows repairs to be predicted and planned for, ensuring the correct replacement part is ordered well in advance.

The rising gap means many engineers do not have the capabilities to deal with particular equipment faults, until they undergo internal training. This significantly impacts productivity, as rather than hitting the ground running, the engineers will have to undergo extensive training before work can commence.

As AR technology advances, one of the biggest applications will see off-site suppliers, such as Boulting Technology, providing visual support through smart devices. Rather than a simple phone call, the AR system will allow suppliers to show their customers exactly how to service or replace a part. By providing them access to relevant maintenance data, the supplier can suggest the best course of action, which may include sending one of their own engineers out to assist.

With data becoming increasingly accessible through the cloud, this level of support builds on the growing servitisation trend, where the end user subscribes as part of a software service model.

Training for the future

It is also believed that AR and VR can help directly tackle the STEM skills shortage from a training perspective. Not only can budding engineers use the technologies to put theory into practice without impact on the day-to-day running of the plant, but VR can also be incorporated into the training room, enabling apprentices and new engineers to explore the plant environment digitally.

While the future looks bright for the use of VR and AR in engineering, there are still challenges that lie ahead, which are mainly due to the complex nature of engineering systems and models. That said, both technologies are already making an enormous impact on the sector, as they allow access to situations that would otherwise be difficult to visualise or might typically be inaccessible. In the coming years, Boulting hope to see a far more integrated approach between hardware and software solutions.