The road to greener hydrogen 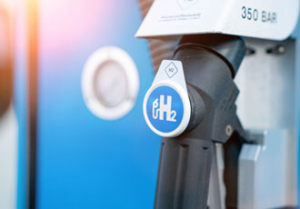 Whether hydrogen fuel holds the key to delivering widespread renewable power remains under heavy debate. What cannot be argued is the shear investment that backers are putting into the energy source - as much as €470bn by 2050. When sceptics protest hydrogen’s potential, as both an effective and eco-friendly fuel source, it’s important that they see the bigger picture. Mats W. Lundberg, Head of Sustainability at Sandvik, examines the hydrogen roadmap.

Currently, around 96% of hydrogen is generated from fossil fuels. The gas is predominantly produced by reforming methane, which ultimately creates carbon dioxide (CO2). Carbon capture and storage can make this production method more sustainable, but that’s also under development. It’s easy to see why hydrogen has its cynics.

Concentrating on where hydrogen is right now could make anyone uncertain about its future. So instead, let’s consider where hydrogen could be, and what it will take to get there.

Hydrogen produced using fossil fuels is just one type of hydrogen - the grey variety. The three types of hydrogen refer to the different ways it can be produced. Blue hydrogen is also made using fossil fuels, but carbon capture technologies at hydrogen plants prevent CO2 from being released into the atmosphere. Instead, carbon can be stored deep underground, or used in other industrial applications.

Green hydrogen could also be made using the steam reforming method, just like grey hydrogen, but with biomass rather than fossil fuels. While this produces CO2, it doesn’t add any new carbon into the biosphere, and could be combined with carbon capture and storage.

At the moment, producing grey hydrogen is the cheapest option and estimated costs are around 1.5 €/ kg for the countries in the European Union (EU). Estimated costs for fossil-based hydrogen with carbon capture and storage are around two €/ kg, and renewable hydrogen 2.5-5.5 €/ kg.

However, there are drawbacks to grey hydrogen’s lower rate. CO2 emissions carry an increasing cost, as EU jurisdictions grow in number. The price of CO2 ranges from €20 to €25 per tonne, but many EU countries want to establish a minimum CO2 price that will gradually increase to around €40 per tonne. This means that CO2 could add almost €0.50 to the price of a kilo of hydrogen, making the cost-efficiency of grey hydrogen unsustainable.

A scale-up of electrolysis could boost the feasibility of green hydrogen, increasing both its availability and cost-efficiency.

Countries across the globe are focusing on green hydrogen production. France has set a ten percent target for green hydrogen use in industry by 2022. Japan has several pilot projects underway with countries including Australia, Saudi Arabia and Brunei to determine the best way to transport green or blue hydrogen over large distances. The UK Government has revealed £350m worth of funding to help decarbonise industry, including dedicated funding for green hydrogen. These initiatives name just a few of the world’s efforts.

Another reason why sceptics may underestimate hydrogen is because they do not realise its full potential. Hydrogen could certainly replace gas to fuel our vehicles and heat our homes - but those applications are drops in an ocean of possibility.

When green hydrogen takes off, the technology could decarbonise industries that already rely on hydrogen. Today, around 70 million tonnes of hydrogen are produced globally, used across sectors such as fertiliser production, refining, petrochemicals, solar panels and glass manufacturing, in addition to 48 million tonnes produced as a by-product from industrial processes. Selling green hydrogen into these industries, especially as its cost reduces, would automatically make them more sustainable without needing to change one of their core raw materials.

Green hydrogen will be critical for difficult-to-decarbonise industries, like cement, steel and glass production. Then, in addition to replacing fossil fuels in industries that already use hydrogen, green hydrogen can be considered for other applications.

Again, changes to existing infrastructure will not need to be drastic. For heating and powering buildings and industry, hydrogen can make use of existing assets. For buildings, low concentrations of green hydrogen could be blended into public natural gas networks without any infrastructure upgrades. Alternatively, entire cities could be converted to pure hydrogen heating.

Most renewables have low operating costs, meaning they have to be 'always on' to be efficient, regardless of electricity demand. This means that wind turbine blades will keep turning, even if the grid doesn’t require their energy. In fact, many countries experience days where electricity prices reach negative levels due to a surplus in wind and solar supply.

The surplus of renewable energy can be used to power electrolysis, where it would power the electrical current that passes through a chemical solution to separate its hydrogen. This hydrogen can then be used in fuel cells for power generation, fuel cell vehicles, stored in natural gas pipelines, or even stored as a compressed gas. The method not only makes use of otherwise wasted renewable energy, it also means that renewable operators can profit from energy that would have been a loss.

The infrastructure to build this hydrogen economy is already out there, although some investment into existing assets will still be required. Materials specialists will play a part in developing hydrogen’s infrastructure, and Sandvik is already acting to support energy companies.

Stainless steel alloy tubes, like those we can provide as part of our Mobile Services Solution, can be used to transport hydrogen from storage tanks to dispensers. The mobile service, which provides a full tubing solution in a container, is already helping one energy supplier to install several hydrogen stations using a simpler, modular method.

Hydrogen scepticism is understandable, especially when we consider our reliance on grey hydrogen. However, it’s important to recognise that today’s hydrogen is not the hydrogen of the future. New investments and developments are constantly being made, and the steps taken towards hydrogen’s decarbonisation today will certainly impact its green future.