The ageing of workforce 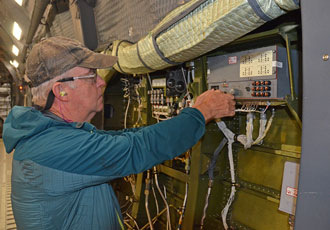 News of Japan’s plans to increase the age of retirement to 70 years old will have the British public anxious about our own plans. The Asian country’s government are hoping to pave the way for workers to stay in their role longer following Prime Minister Shinzo Abe’s desire to encourage companies to increase their self-imposed retirement age.

The EU’s pension system has been described as creating a ticking time bomb for finances, with campaign group the TaxPayers’ Alliance claiming that around £1 in every £5 of council tax in the UK is already spent to cover the local authorities’ workers’ pension scheme.. On top of this, Russia’s President Putin has appealed for his nation to accept ‘painful’ pension changes and a five-year increase on the age of retirement.

But, in England, workplaces seem to be viewing age as a deterrent.

How UK workplaces are approaching the ageing workforce
In a survey published by the Centre for Ageing Better, it was suggested that many organisations throughout the country aren’t prepared for taking on an ageing workforce. In fact, 24% of those involved in the study admitted that they weren’t ready to welcome a growing number of older workers and only 20% were currently discussing an ageing workforce strategically in the workplace.

Age diversity was proving a challenge to manage too for one in five of the employers questioned, with 12% of older employees feeling uncomfortable carrying out tasks under younger managers and 10% saying the same when the roles were filled. However, just 33% of the employers involved in the survey stated that they were looking to manage age diversity by giving training, guidance or support to managers in their business.

The lead on age-friendly employment at the Centre for Ageing Better, Patrick Thomson, said: "The UK workforce is changing — and employers need to catch up. Improving policy and practice, tackling age bias and creating an age-friendly workplace culture is vital to ensuring that people can work for as long as they want to."

Prime Minister Theresa May echoed the thoughts of Mr Thomson during her speech on science and modern industrial strategy. The PM stated that employers across the UK have to play their part in meeting the nation’s “grand challenges” when it comes to supporting older employees, pointing out that these members of staff have the right to “enjoy the emotional and physical benefits of having a job if they want one”.

The Centre for Ageing Better’s chief executive, Anna Dixon, supported the PM’s views, said: "As we live longer, we also need to work for longer. All employers need to adopt age-inclusive practices. Too many older workers are leaving the labour market prematurely at great cost to them personally, as well as the state.”

For example, depending on the job, some employees will need to work differently or in another type of capacity as they age— employers should, and sometimes may be legally obliged — to support these changes by providing older staff members with alternative arrangements or opportunities to develop and learn new skills.

The nation’s views on retirement have altered too. While in the past it wasn’t uncommon just to finish your 9-5 job and retire immediately, now a lot of older members of staff are looking to scale back their hours and reduce their number of responsibilities in the workplace gradually as they approach — and sometimes go past — their retirement age. Employers should be aiming to support employees if this is the path they want their career routes to take.

Keeping on the topic of retirement, NHS Employers was also keen to point out: “Employers who help their staff to make plans for their future career and retirement at an early stage, including consideration of flexible retirement options, have most success in retaining older workers and enabling them to work effectively.”

To identify key issues regarding an ageing workforce and ensuring your workplace isn’t guilty of possessing them, also consider the findings of this survey of NHS trade union members:

For instance, people who have been at a company or even just within an industry for a long period of time will, obviously, bring so much valuable experience and knowledge of a firm’s products and services. This expertise can be shared among older members of staff to individuals who are just taking their first tentative steps into the world of work.

A team filled with employees of varying ages will also benefit from having different views. This diversity should deliver a company with plenty of fresh perspectives, a whole host of ideas, and problem-solving tactics that probably would be missed if only one generation dominated a workplace.

It’s also important to think about your customers. As the workforce ages, so too will your customer base. By having members of your workforce who understand and relate to the older groups in your target audience, they will be able to assist your business by ensuring the firm remains relevant to these older consumers. What’s more, they will be able to provide empathy and insight into how your deliver customer service to this demographic.