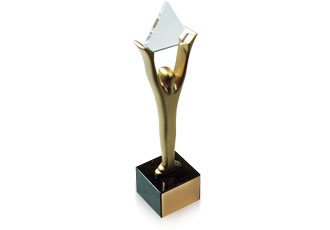 The Stevie Awards, organiser of The International Business Awards, has announced that the final entry deadline for the 14th annual IBAs has been extended to Wednesday 12th July. Recognised as the world’s premier business awards programme, The IBAs attract nominations from organisations in more than 50 nations and territories each year, many of them for the Information Technology Awards.

“We’ve received so many requests for individual deadline extensions that we’ve decided to extend the deadline for everyone,” said Stevie Awards president Michael Gallagher. The original final deadline was 14th June. Gallagher emphasises that no additional late fees will be charged for entries submitted through July, and late entries will not be penalised in any way in the judging process. All organisations now have an additional four weeks to prepare and submit their entries.

All individuals and organisations worldwide - public and private, for-profit and non-profit, large and small - may submit nominations to The International Business Awards. The 2017 awards will honour achievements since the beginning of 2016. Entry details are available here.

Last year, numerous European companies were again successful in these categories. The 2016 IBA Silver Stevie winners in the IT category included the AKBANK TAS, Istanbul, Turkey among others, as IT Team of the Year - All Other Industries. Tayfun Küçük, CTO of Odea Bank A.S., Is-tanbul, Turkey was also awarded a Silver Stevie as the IT Executive of the Year, bronze for Vetri Selvan, a partner of RheinBrücke IT Consulting from Cologne, Germany.

A bronze Stevie was awarded to ACE enterprise Slovakia from Bratislava and Allstate Northern Ireland from Belfast as IT Department of the Year.

Stevie Award winners will be selected during the judging process by more than 150 professionals worldwide. Winners will be announced on 10th August, and the awards will be presented at a gala awards ceremony at the W Hotel in Barcelona, Spain on 21st October.