How important is diversity in engineering?

Home > Around the Industry > How important is diversity in engineering?
29th July 2019
Source: Electronic Specifier
Posted By : Anna Flockett 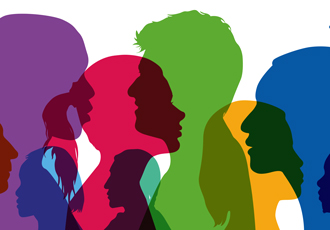 As we recently celebrated International Women in Engineering Day (INWED) an important message was spread throughout the industry and beyond, but this year WES (The Women’s Engineering Society) also took it upon themselves to highlight other diversity issues the industry falls foul to. WES and She Can Engineer, hosted a panel talk titled: ‘How diversity will transform the future’ that was hosted by Mara-Tafadzwa Makoni, Senior Consultant at WSP.

Makoni is currently the founding chair of the UK ITS Young Professionals Interest Group, is passionate about social mobility, diversity and inclusion and empowering marginalised groups in society, and had a lot of thought on the topic.

She began by asking Mark Whitby, Director of Whitby Wood, and interestingly the only male on the panel, how he felt the industry had changed in his lifetime. “I definitely think the complexity of our industry has changed enormously, and I’d like to think that I’ve had a slight part in that. I still remember my first day at my first job, how scared I was, but how different things were.”

Christina Riley, Senior Planner at Kier London, was also on the panel, and transitioned about five years ago, so explained the struggles she had faced on her journey within the industry. “My journey of finding myself and my identity was a long time ago, but I kept it a secret for 15 years, as I saw this industry as impossible to be myself.”

Six years ago Riley joined Balfour Beatty, and it was the first time she had heard anything spoken about LGBT issues. “It made me feel so comfortable so I decided to come out. This is why diversity is so important, as to me it changed my life. It is imperative as it can not only change lives, but can help change and reform companies, it opens the industry up for more people and more opportunities.”

Catriona Schmolke, Senior Vice President, Operational Centres of Excellence at Jacobs and a member of the Royal Academy of Engineering was also on the panel as she has previously held many operational leadership positions, including Global Head of Health, Safety, Environment and Security. Schmolke explained that at first she didn’t really know what an engineer was, and what they did as when she was younger it was never explained. “I never thought I could make a good engineer as I didn’t know what you did, I just thought I was a good problem solver.”

She carried on to university where she was only one of two girls in the class, but Schmolke said: “I didn’t mind that, I have two brothers so had grown up around boys.” In all her experiences and years working in the industry Schmolke said she remembered the bosses who empathised with her. She explained: “I had my first ever female boss 34 years into my career – it shouldn’t have taken that long for something so normal.”

But Schmolke carried on by saying she has had great male bosses too, and the trick is inclusion and being made to feel welcome and invited. “I was scared to tell my boss I was pregnant, so I made sure I was a chartered engineer first, but when I actually told him, he jumped up and hugged me – he was thrilled for me. That was with my first child in 1993, but in 2003 with my second child, and a different boss their reaction was completely different. My boss actually replied with ‘I thought you were done with all that now!’”

After the gasping in the audience died down from that comment Schmolke added that when people say we’re evolving it’s actually a bit of a myth. “This is a message not just to women, but everyone across all diversities – you need to insist on being treated as if you belong.”

Just as Schmolke said that people didn’t believe women should become engineers, Nike Folayan, Associate Director at WSP, had a similar experience, but in her case it was her mum that thought it was an awful idea for her to become an electrical engineer. Folayan laughed: “She thought I would electrocute myself. My dad and brother were both engineers, but my mother really didn’t want me to be one, she really tried to stop me.”

But Folayan wasn’t dissuaded and she pursued her dream, and became an engineer. “I actually became an engineer because of TV. When I was younger I couldn’t work out how the image got onto the screen, so I became fascinated by it, and wanted to learn more and the rest is history.”

As a woman of colour, Folayan has experienced her fair share of prejudice, as she explained: “Someone said to me once: ‘I don’t see colour – you don’t exist.’ But I got through it and it toughened me up as I realised I was a woman, and realised I was coloured, so I had two qualities that people tried to judge me on.”

Throughout her career, Folayan said she has experienced both angels and demons, but it is about finding the angels amongst those demons. Agreeing with Schmolke she said: “It is about a sense of belonging and making others feel like they belong.”

During the panel moderator Makoni asked the audience what percentage of them felt that companies are paying lip service to diversity. The outcome was 68%, well over half. Whitby said: “I am surprised this is even a question we are asking, let alone how high the percentage outcome is. For a company to do well it is essential that they embrace the biggest talent pool they can.”

Whitby used his company as an example and said Whitby Wood has a great range of diversity within the people that work there and that is part of the company’s success. Whitby added: “Brexit does make me worry about this.”

Schmolke just responded with the question: “Have we made enough authentic progress?” She believes that what we see is the reality of what is happening, there is no hidden progression or setbacks. She added: “Businesses recognise when you have people that are comfortable and happy, that’s when you have got it right, and you will see the results.”

The only way to break the barriers when it comes to diversity for some people, is showing them diversity, people working well and what comfortable looks like, Schmolke stated. “Norway and South Africa have made a good movement forward. And yes it is not a one size fits all for every country, but it is about finding what works for you.”

How do you get over prejudice behaviour?
The audience results also showed that 89% of the LGBT community has suffered some form of phobic behaviour. Riley expressed: “When you hear the results they are quite shocking, especially for recent times. But we are starting to see a change.”

She explained that the construction sector has a specific group at pride, and when it first started back in 2015 there were about 40 people who came to celebrate as a part of this group. She added: “This year we had between five and six thousand. We absolutely smashed it.”

There is a lot happening on LGBT in the industry, but Riley explained only a small amount of companies sign up to LGBT programmes. “A lot of companies don’t review their policies or even think about it. We’re only really at the start of making it inclusive.”

Folayan said: “I’ve got to a point in my life where I have realised that some things are integral and some things are not, and you have to select the most important. Yes, it would be nice for everyone to get my name right, but there are bigger things to worry about – turnover, retention and progression are big things I am worried about.”

Having seen so many women get so far in their career and then turn away, and go and retrain somewhere else, Folayan believes these are things as an industry we really need to work on. She said: “We say there is a skills shortage but a big problem in this is the women that leave the industry.”

When addressing the skills shortage, we need to look at the education system and the industry together and ask students, do they feel more inspired at the end of your degree or the beginning? Because right now a lot are answering the latter, which is totally disheartening. There are so many students going to university wanting to study and get into industry and then it not inspiring them.

How do you keep going?
Folayan said: “There are many moments where I think, ‘what on earth am I doing? I don’t want to do engineering’, but these moments keep me going. Not for other people – I don’t care about them, but to prove to myself I can do this.”

Riley added to this and stated that mixing engineering and construction with her achievements in LGBT keeps her going, but she does hit a lot of blockers. “It often tends to be middle management that stop you and stumble your progression. But my advice is to find a way around blockers, find allies, and most importantly let people block you.”

Schmolke expressed that working with a great group of people is what helps her the most. “You get the odd blocker now and then that needs to be put into place, but sometimes I find navigating round them also works. The important thing to remember is good talent creates great teams.”

Follow the leader
Having resigned three times now Schmolke explained that the scenarios that led to this involved individuals not being able to even have a decent conversation with her. “Communication is so critical, you need to speak to your team, and on the flip side be open with your leader.”

She added: “I’ve put my job and salary at risk, but you need a leader that will speak out and guide people the right way. I say to people you need to take control, because there isn’t always someone there to watch you.”

Whitby agreed with this and said, there is nothing to stop anyone in becoming an engineer. He added: “At the same time there is nothing stopping you from starting your own company. You have all the skills so why not go for it, and be your own leader?”

Role models
Folayan with a lot of emotion said: “My dad was my role model, he was the most inspiring man, and the biggest feminist. He always told me I could do whatever I wanted, and that’s what’s really important – encouraging people, not to give up but to do anything.”

We can all be role models to someone, Riley stated. “It’s about doing something to inspire, being active and being there. Men can be allies and encourage women just as much as females.”

It’s all about support. Schmolke said: “So many people have supported me. It’s about navigating someone, not just giving them a pat on the back. It’s about going that extra mile and really pushing someone and helping them go that extra distance.

The change
The main message here, was introducing the philosophy as early as possible. Riley stated: “It’s about introducing diversity and equality early on in the primary schools, and the new generation, whilst drowning out the old traditional views.”

Whitby agreed that things are due to change: “We will see a change, and very rapidly, for the better. We will finally be truly inclusive when we are no longer using terms such as ‘female engineers’ and ‘engineers with different backgrounds’.”