How AI can tackle the engineering skills gap 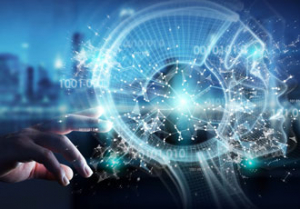 The process industry workforce is changing. In the UK a recent survey shows that by 2026 19.56% of engineers will have retired or be close to retiring. Similar studies in the US show that 23% of the American chemicals manufacturing workforce will be eligible to retire within ten years. In the oil and gas industry as a whole, there is even a name for it: 'The Great Crew Change' - the gap where experienced engineers in their 50s and 60s will shortly be retiring and the ones to fill those jobs are in their 20s and 30s.

I was recently talking to a work colleague about how Artificial Intelligence (AI) is able to continually monitor an entire plant, provide early detection and diagnosis of problems and recommendations to resolve them, and his response was, “we’ve got engineers to do that.”

I replied, “and they’re incredibly valuable, aren’t they?!”

Every plant has a few of these engineers. Those who, if any problems come up, will dig into the data, review what’s been happening, piece all the bits together and diagnose the problem. A lot of them have spent 20, 30, even 40 years understanding the equipment. They’ve seen most problems before and have a gut instinct for how to solve them.

As well as being very valuable, they also tend to be hard to recruit. They often have an eye to retirement and when they do finally exit the industry, a boat-load of experience disappears out of the door.

How, then, do you solve this problem? The general response is to train up younger engineers so they can capture knowledge from the more experienced engineer. Generally, this is difficult, time consuming and has lots of problems associated with it:

There’s a wave of smart, tech savvy engineers who are coming through, eager to learn. What they can’t do is develop 30 years of learning and a gut feel in a few years, so we need to be clear about what skills we need them to develop quickly and what can be done by other means, including artificial intelligence.

AI plant monitoring won’t take away anyone’s job, but it will allow them to focus on the bits that only humans can do - creatively solving problems, strategizing, understanding problems within the wider contexts of plant reliability and efficiency, economics and risk assessment, and weighing up the benefits and trade-offs of making a particular decision.

So, when training up a young engineer, leave the analysis and diagnosis to the AI and concentrate on teaching them the human aspects that escape the capabilities of the technology.

For those who are slightly sceptical of this, consider the advantages of AI plant monitoring applications such as the AI Expert from UptimeAI.

Humans can’t do this, so let’s focus on what they can do but AI can’t:

Human skills are important and shouldn’t be wasted on the things that AI can do vastly better when applied correctly.

Focusing on these kinds of skills enables you to develop employees so they’re useful on a much wider scale. Without worrying about the analytics/diagnosis, everyone can focus on the human-dependant aspects of the work and the transfer of skills from one person to another.

This, surely, is a better way to help plug skills gaps within the engineering sector, which is widely recognised to be suffering from a long-term skills shortage.

This approach removes the need for retiring engineers to pass on 30-40 years of knowledge to younger engineers who are unlikely to stay as fixed in the industry and allows training to be focused on human skills in a wider context - benefiting both the engineers and the companies that employ them.

In short, using AI can free up time for engineers to find real-world, practical solutions to problems, make these engineers so much more valuable to an organisation, save the organisation time and money, and provide a solution to the long-standing engineering skills crisis.

A premier power generating company with six units was using preventive maintenance, Digital Control Systems (DCS) alarms, and condition monitoring to identify operational issues. However, the operations team ran into an unexpected generator failure, which led to 45 days of unplanned down-time, causing a loss of US $750,000.

Despite reviewing the operational data with the manufacturer and an independent third party, the engineering team could not work out how this happened without any warnings and how they could possibly predict such failures in the future. The challenge was to find a solution to prevent this from happening again.

This application is different to traditional solutions, which rely on manual thresholds to identify impending problems. Manual thresholds for generator signals can be set close to trip limits; hence, the reason why they did not catch this failure. On the other hand, if thresholds are set too low, this can cause hundreds of false alarms. Further individual signal limits do not help explain the impact of other parameters such as load on the generator performance. This approach also requires significant upkeep of these rules.

Unlike manual threshold-based solutions, UptimeAI uniquely combines AI and subject matter knowledge to mimic experts by continuously learning without manual rules and explaining complex issues to help mitigate them. While deep-learning techniques analyse good versus bad behaviour considering all of the operating parameters, built-in fingerprints with failure modes, recommendations and fault-tree analysis enable the AI solution to diagnose and explain the issues.

UptimeAI Plant Expert diagnosed the problem in 30 minutes, identifying six sensor alerts due to missing data, out of range and flatline.

It would have taken several months for an engineer to detect the same fault - or perhaps it would not have been detected at all. This time could have been better spent by the engineer on

UptimeAI made it easier to predict the impending problem, understand it, and act within minutes without needing to follow any manual rules. Once the issue was detected and understood, the customer realised that maintenance of the equipment could have been scheduled during turnaround or the team could have planned an outage to fix the equipment. As a result, the generator failure could have been avoided, saving US $750,000.

Following the pilot, the customer is now deploying UptimeAI’s predictive maintenance solution for all of the six units.