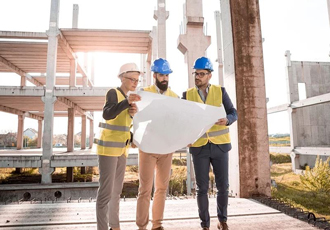 A fifth (18%) of engineers are holding down more than one temporary role to chase greater work-life balance and see more of their families, according to new research. The research, carried out by recruitment experts Reed Specialist Recruitment asked 5,000 UK employees about their experience of, and attitude to, temporary and contract working.

Of the sample of 5,000, 339 respondents were from the engineering industry. The survey found that, while just 14% considered non-permanent work to be their main job, a fifth (18%) of engineers are holding down more than one temporary role.

The professional outlook for temporary work in the sector was positive, with 33% saying it led to a variety of work, 20% stating that it delivered an increased hourly rate and 21% noting that it helped to avoid getting stale in a company.

However, the personal benefits of temporary work were found to be even more important to engineers. More than a third (34%) said work-life balance was a positive impact of temporary working, with a fifth (19%) highlighting that it allowed them to see more of their families.

Despite the positives experienced within the sector, more than half (57%) of those asked identified that they preferred the security of a permanent role, while half (50%) said they liked benefits such as sick pay and pension which come with a permanent role.

Mark Brown, Reed Engineering expert, said: “The engineering sector, when compared with others, differs in its view on temporary contracts. The industry successfully uses contract working, though with a decision on the UK’s exit from the EU on the horizon, there are a number of workers looking towards the security of permanent.

“However, our research clearly indicates that a significant number of engineers see temporary employment as a way to spend more time with their family and still accommodate fulfilling professional lives. With a workforce that is highly skilled there will always be the option to work the multiple roles, with multiple contracts for those engineers with a combination of technical expertise and commercial knowhow.

“There are still concerns for this sector around the long term benefits of temporary work, such as pensions, holiday and sick pay. Fortunately, Reed Specialist Recruitment already has this covered with its own pension scheme for its temporary PAYE workers. We should see the engineering sector continue to use temporary work as a way to bring highly talented workers to businesses, and for candidates to give themselves the flexibility and variety that they crave in 2020.”