From banker to sheet metalworking subcontractor

Home > Around the Industry > From banker to sheet metalworking subcontractor
17th May 2017
Source: Electronic Specifier
Posted By : Anna Flockett 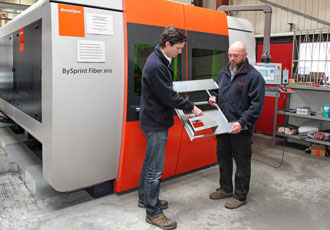 Promoting manufacturing in the developed world is important especially for former investment banker Troy Barratt, so much so that he sacrificed his career in Wall Street and then the City of London to buy a subcontract sheet metal fabricating business in Sittingbourne, Kent. While working for a merchant bank in London, he learnt that rising labour costs in China and other low-wage countries, together with higher shipping costs and perceived quality issues, were opening up opportunities for manufacturers in the West.

So in 2012, together with his wife Catherine, he purchased 28-years-established sheet metalworking and fabrication company, Contracts Engineering (CEL) from the previous owners, who wanted to retire. By 2016, turnover had doubled to £2m per annum, while the number of employees increased by only 50% to 30 people.

Part of the £600,000 the Barratts have invested during that time has been used to purchase a Bystronic BySprint Fiber laser cutting machine, capable of processing sheet up to 3x1.5m using a 2kW fibre laser source. Bought in January 2017, it replaced a 3kW CO2 laser cutter of the same sheet size capacity dating back to 2002. The new machine joins two pre-existing 100-tonne Bystronic press brakes on the shop floor and a turret punch press acquired in 2013.

Troy Barratt, Managing Director, commented: “When we took over CEL, the CO2 laser machine’s utilisation rate was under 50% over an 8-hour day shift plus nearly daily overtime.

“We quickly moved to a double shift, 16 hours a day, put a Bystronic service contract in place and were able to raise the time the machine was cutting to 60%. This is among the highest in the industry for subcontract manufacturers.

“Since the BySprint Fiber started operating in early February, utilisation has increased further due the machine’s inherent reliability and new efficiency features.

“We ran it 24/5 for a while to remove a backlog of work and get in front of orders, which allowed us to minimise the cost of bought-in subcontract services during the transition period.”

In this respect, it was helpful that it took Bystronic only two days to remove the CO2 machine and ten days to install and commission its fibre replacement, so the project was completed two days earlier than the fortnight that was originally quoted, which was spent training CEL’s staff. 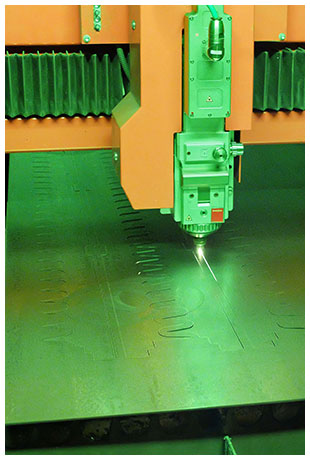 Barratt had been closely watching the development of fibre laser cutting since he arrived in the UK and by 2016 was convinced that the technology had matured. He part-exchanged his CO2 model with 23,000 hours on the clock for the fibre machine, which had been operated for just 200 hours before the previous owner went into liquidation.

The deal struck with Bystronic UK for the 2kW machine exactly fitted the needs of a subcontractor in the early stages of growth. Moreover, as the fibre laser source was at the low end of the power range, it has lower operating costs.

It is vastly more productive than the machine it replaced, transforming laser cutting in Sittingbourne from a perennial bottleneck into a work centre that has spare capacity to support the next phase in the company’s growth.

The available power is more than capable of achieving three times higher output when processing material of 1-2mm thick, be it stainless steel, COR-TEN weathering steel, mild steel including galv and zintec or aluminium. Thicker material gauges up to 5mm are routinely cut by CEL at least as fast as on the CO2 machine, while mild steel up to 10mm thick is regularly processed on the BySprint Fiber.

Another attraction of fibre laser cutting is the significantly lower running costs compared with CO2. Barratt pointed out: “We are saving £700 per month on gases alone, as we do not need to use nitrogen, helium and carbon dioxide as laser assist gases.

“We use nitrogen as the cutting gas on all work under 3mm to achieve high edge quality, above which it is replaced with less expensive oxygen, as it produces results that are just as good, but we always use nitrogen when processing aluminium or stainless steel.

“Electricity consumption is 60-70% lower with fibre and replacement of expensive CO2 optics is a thing of the past, leading to further savings.

“Moreover, as fibre technology is more reliable, we have bought a service contract for one engineer-day per 2,000 hours’ operation, rather than the three to four engineer-days we previously needed.”

CEL’s growth has been underpinned by winning new contracts from further across the UK than the former company owners were willing to seek, and by increasing the amount of fabrication. The vast majority of work carried out in its two dedicated facilities, totalling 12,500sq ft, involves at least one other operation such as folding, MIG and TIG welding, forming, graining and finishing, including powder coating, galvanising and plating.

Notable projects completed by CEL involve commercial developments and installations across multiple sites in London, Bristol, Cambridge, Manchester and many other European cities. The company is currently working on a project for the largest commercial development in Philadelphia, USA. Other customers are in various markets ranging from commercial street and office furniture, niche industrial sectors such as HVAC, oil and gas, machine manufacture and food processing, and interior and exterior fit-outs.

Barratt has established two customer-orientated key performance indicators to expand his precision sheet metal and extrusion manufacturing business – ‘on-time-in-full-delivery’ and ‘external quality spills’ – and pursues both with vigour. He added: “Once price is agreed, these are what matter most to our customers so we focus on them relentlessly.” 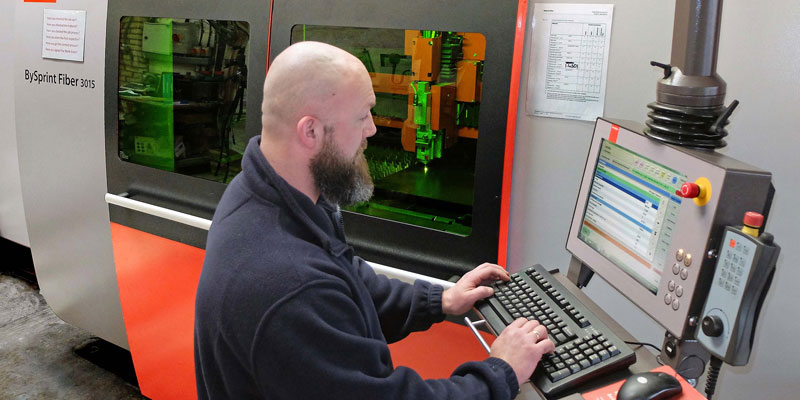 To help achieve these aims, he has used his project management and process implementation and improvement experience to put in place high-end enterprise resource planning software and to harness the advantages of Industry 4.0 and Big Data to a level normally seen in much larger companies. It facilitates everything from costing and production planning to controlling operations and invoicing, and is ideal for managing diversity in a subcontracting environment.

This approach is reinforced by an in-house CAD/CAM estimating and engineering department run by an experienced welder/fabricator, a Manufacturing + Design offering led by a graduate mechanical engineer and a company-wide training programme to ensure that the very best is achieved by all staff.