Essential skills required for a career in engineering 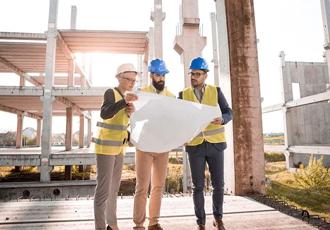 Despite the current uncertainty surrounding the economic situation in the UK, all is not as bleak as it may initially seem — particularly in the engineering sector.Overall predictions suggested that in 2015, more than 25% of the UK’s total GDP was generated from the engineering sector, amounting to £420.5bn. Meanwhile, a study conducted by the Research for Economics and Business Research (CEBR) discovered that each person employed within the engineering sector will create a further 1.74 jobs down the line.

Although almost a fifth of the UK’s entire workforce is employed within engineering, there exists an enormous skills gap. The skills gap it is a huge concern to the sector, as it seems it is going to be rather difficult to fill. Alongside the mass of ‘new roles’ being created by the huge increase in emerging industries, there are a number of engineers who are hanging up their boots without being replaced.

Research conducted has found that 203,000 people, all with level 3 engineering skills or above, will be required to enter the sector each year up until 2024, in a bid to tackle the lack of workers. However, the number of high skilled workers (level 4+), desired thanks to their ability in being able to negotiate the ever-developing technologies, is even higher.

The sector is certainly appealing to work in though. The average mean starting salary for an engineering or technology graduate is 18 per cent higher than the overall average graduate, and six per cent more engineering graduates are entering full-time employment than the average graduate. However, with this in mind, what skills do you need to enter an industry that boasts so many positives and that is forever growing? Here, with Newcastle Recruitment Agency, Zenith People, we take a look the essential skills required for a role in the engineering sector.

As an engineer it is incredibly rare that you will spend an entire day working by yourself. On the odd occasion that you are working individually, it will more than likely be in collaboration with colleagues towards the completion of a wider project. Despite the fact teamwork may seem like somewhat of a given for the vast majority of careers, for those pursuing a career in engineering, learning and development is enhanced as different members of the team offer up alternative best practices.

The aforementioned figures regarding the GDP produced by the engineering sector speak for themselves — it’s a big, and very lucrative business. That said, with power comes responsibility, and this industry is no different. Most development or production lines will involve a host of stages, each of which involve a significant amount of investment. The smallest sin of commission or omission could result in a company losing thousands, if not millions of pounds. The monetary issue is by no means the largest issue, there are various risks present in engineering as well, and if someone fails to recognise an issue with structural integrity, for example, lives could be placed in great danger, resulting in serious injury, or, potentially, death.

The overarching purpose of engineering, in effect, is problem solving. The term ‘always thinking ahead’ is perhaps the most appropriate. It is a common misconception that every role that is connected to engineering hinges purely upon mathematics. In fact, a considerable number of the jobs associated actually resemble artistic topics, thanks to the creativity involved. It certainly involves a considerable amount of skill to take pre-existing knowledge, expand upon it, and apply it to a current situation.

Engineers don’t spend the entirety of their working day sat behind a computer or stuck in a boiler room with earmuffs on. In fact, the vast majority of their time will be spent communicating with other members of staff or clients. Particularly when talking to clients, it is important you have the ability to translate the complex language of your specialised knowledge into understandable information.

It should come as no surprise that to achieve a role as an engineer you will require qualifications, whether it be level 3, such as an NVQ, or level 7, such as a postgraduate degree. However, many of the skills that will allow you to progress within such a role are interchangeable and can be employed to a host of positions.