Encouraging and showcasing Women in Graphene 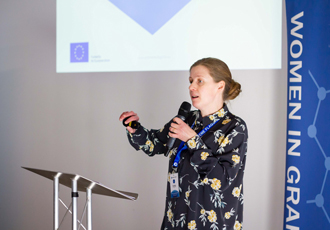 For at least the past five years there has been a huge buzz around the fact that there is a massive difference in the number of men working in STEM and technology compared to the number of women. We have seen talks, conference initiatives, but my question is with all this discussion what action is actually being taken?

The Women in Graphene day, which took place Monday 11th February certainly restored my confidence in the momentum gathering pace to encourage women. In Manchester it was so refreshing to see a room full of women who worked in science and research, learning about other women and their stories. The day was to encourage more women into the Graphene Flagship, and all come together to share stories and meet other empowering women.

Maddison Coke from the National Graphene Institute (NGI) explained more about what the institute has to offer and all the facilities that are available. In fact the NGI in Manchester includes world leading fabrication facilities, and now the institute is looking at different ways to use Graphene which includes more innovation and collaboration.

Just last December the Graphene Engineering Innovation Centre (GEIC) opened to establish businesses and entrepreneurs, and the NGI are encouraging them to treat the GEIC as their home.

Although Dr Katarina Boustedt originally set up Women in Graphene, it is now run by Dr Sian Fogden. It was created as an initiative to address the lack of women in Graphene, and is here to support and help women in their careers.

Fogden said: “It is important for women to have voices and mentorship, women that have mentors go further and stay in science careers. So our message to women is once they have done their research they need to fight, and not be afraid to be too ambitious - there’s no such thing.”

The Graphene Flagship's Women In Graphene is an initiative to help women working within this sector and establish the network and connections that they need to succeed. It aims to help, support and encourage women to share their stories, give advice and just be there for each other, Fogden explained. “And hopefully get you into science and stay in science.”

Fogden continued that she believes a big reason there isn’t a lot of women in science is that they can’t see any images similar to them in text books, or research journals. “So we need to show off women in STEM to encourage more in.”

Mariya Gabriel, EU Commissioner, discussed gender diversity in the industry and recalled a story in which she refused to be part of panel talks if she was going to be the only female, so a lot of panels have since included females just to ensure she will accept.

Laura Norton, of the Royal Society of Chemistry (RSC), took the time to explore the RSC’s recent report ‘Breaking the Barriers’ which again highlighted the small number of women in chemistry, how these women felt and what barriers they were facing. But refreshingly it also highlighted clearly what the society plans to do for these women and others that want a career in science, short-term and long term.

Gender equality remains the biggest issue. Norton said: “It is a well-known rumour that a lot of people talk about, the small number of women in physics at professor level - well in actual fact the number in chemistry is lower.”

One of the root problems is that female corresponding authors are not listened to, and yet are cited as much as males. Earning potentials increase with experience and age, but is impacted depending on what gender you are.

The RSC has identified five calls for change which include:

These elements were identified in the research completed by the RSC through a mixture of focus groups, telephone interviews and online surveys, which found there was a clear desire in the community to discuss diversity issues.

So the ‘Breaking the barriers’ report was devised and set out to answer these important questions:

Further to this Norton looked into what the barriers are? 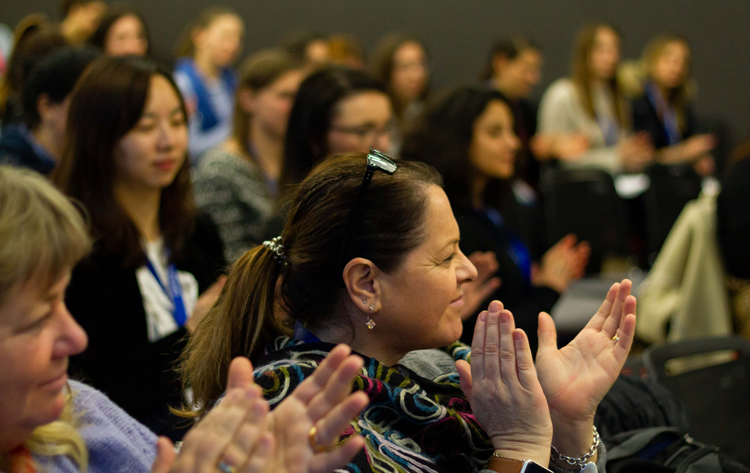 Academic funding structures
The dominance of short-term contracts creates unnecessary pressure and uncertainty. On top of this, funding criteria can be arbitrary and can limit opportunities instead of creating them, and finally definitions of success are often skewed towards a ‘publish or perish’ mentality when it comes to academia.

The academic culture
This is about decisions made on recruitment and promotion which equate to a lack of transparency and fairness. The quality of management and leadership in the UK science departments are inconsistent, with very few relatable role models, and finally within this culture there is a tendency for academic citizenship responsibilities to fall on women and have a negative impact. Norton shared a quote: “[Female scientists] are too smart, in fact, to stay in chemistry, where the conditions are absolutely appalling.”

Balancing work with other responsibilities
A lot of people see long working hours as a necessity for a career, and then again for career progression. Additionally there is a lack of part-time and flexible working options that need to be made available, as otherwise it makes it harder to manage responsibilities. Finally the provision of affordable, high quality child care is frequently inadequate. Another anonymous quote Norton included read: “The huge demands of academia are incompatible with the time required to have a family. There is no work-life balance.”

One issue to raise is that all these barriers affect both men and women, but the issue is they disproportionately affect women. But by helping out women it is also helping the economy as it has an impact on individual and family finances, increasing productivity, supporting and helping secure science in our current and future economy.

What is the RSC planning on doing?
To start with Norton explained the RSC are launching a bullying and harassment helpline which will launch this year. The next step to follow this is launching grants for carers, so people who need more financial help will be able to get it and still follow their passion under the circumstances, this will be financial help open to everyone. The RSC also plans to launch annual recognition for chemistry departments that demonstrate significant progress - this is to encourage people and make sure they realise they will be rewarded for hard work. It will also launch a gender equality forum to help and accelerate the culture change.

What can we all do?
Norton said simply: “Work with us! People coming together and supporting us is one of the main things, other than that there is lots you can do, for example act as a sponsor, as sponsorship really helps carers.”

She added that people can also nominate more women scientists, nominate your peers - women often don’t praise themselves enough and men will be the first to volunteer themselves or recognise their own work, women need a push in the right direction and need others to put their name forward.

But finally what I think is most important - become a role model. We do not have enough role models out there for the younger generation to look up to, so get yourself out there and show off what you are doing.

Gender parity isn't an aim it’s an outcome, that should work for everyone. It’s about opening up the discussion so everyone is aware and will address these issues.