Advanced Energy's first ever CTO discusses being a woman in tech 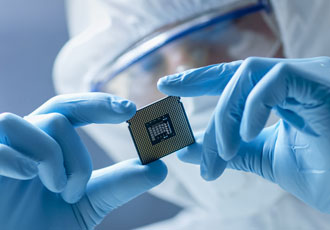 As March is the month in which we celebrate International Women’s Day, we wanted to highlight as many women in the engineering and manufacturing industry as possible. Therefore, it seemed perfect to speak with Isabel Yang (pictured below), who last year became Advanced Energy’s first ever Chief Technology Officer (CTO), and the first female in the company to hold a high level executive position.

Yang has always been in the technology industry, as she previously served as the vice president of strategy and operations for IBM Research, where she got stuck right into the tech side, working with AI, healthcare solutions and high-performance computing. “I did a PhD in electrical engineering, and have always worked with tech, just within different aspects of the industry,” she explained.

“This stemmed from always being interested in maths and physics - as a child you know what you are good at, and this area was my happy place.”

All throughout college Yang continued to be interested in science and technology, even though a lot of peers who had also completed an engineering degree went into finance. “I was always really interested in STEM in general as I think I had a curiosity for it. There is so much that is constantly new, and being discovered – I think it’s great.”

The challenges
The industry has changed and become more accepting of women Yang explained, but we still have some way to go. “The challenge is we need to ensure that we are heard.”

Even today the challenges are still there. I see it for younger female engineers, and even in the board room at the more senior levels. “You still have to assert yourself and make sure you are heard in a room full of men. So it shows there are still some changes to be made, and technology is particularly challenging for women.” 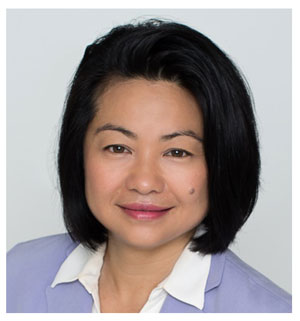 In schools there is still an unbalance, it is not yet 50/50 in the more science and technology subjects. “We need to encourage more young girls into STEM from a younger age.”

One incident that happened to Yang was midway through her career, she received her first promotion into an executive role at her previous company. “All of a sudden the people reporting to me were the people who were my peers before and they were all male. Instantly there was a backlash, as once I became their manager I had to engage and ensure that I could lead them and they would follow. But for the first few days it was constant comments such as ‘you got the role because you’re a woman, and you got promoted because you’re a minority’.”

What was most startling for Yang was this was only about six or seven years ago, in a huge multinational company. “But it happens, it is still occurring, and I think to succeed as a woman you need to be strong.”

Yang explained that as a female leader you need to, number one, not get discouraged. “When team members come to me saying all sorts of stuff I don’t get discouraged I move on.” Secondly she said you need to remember you are capable, you got to where you are from skill and nothing else. “First you remind yourself of that, and don’t let these comments affect you and then you show everyone else that.”

What can we do?
Yang believes there are a couple of things we can do, one of the first things we need to think about is diversity, in every aspect. “Women can interpret and vision things differently to men, so everyone needs to be open to listening, we work in different ways so it is never as black and white as you’re wrong and this is right.”

How did it feel to accomplish something so big within your company?
When I asked Yang how she felt to be the first CTO of Advanced Energy, and additionally as a cherry on top, the first female in a high up position, she said it was a total range of emotions.

Yang elaborated: “First I felt I was breaking new ground at the company, and when I visit plants and see female employees they high-five me and say why on earth have we only just got one!”

But she added: “But then I also feel this huge responsibility, to be this exemplary role model for them so that there this path for them in the future to move up and be the leader of the company.

“So it’s a great feeling, and it’s a blank slate that I can make my own, make it what it is, and make a real impact in the company but at the same it comes with huge responsibility.”

“There is a lot of eyes on me to make sure I am successful so people can follow in my footsteps,” Yang laughed.

Essentially Yang is the perfect example of a role model that we need more of; in this industry. And she added: “We certainly do need more! We need to support each other to make sure they don’t give up and the ladies keep going!”