Time to place your bets for the wireless wager

Home > Around the Industry > Time to place your bets for the wireless wager
24th October 2014
Source: ABI Research
Posted By : Mick Elliott 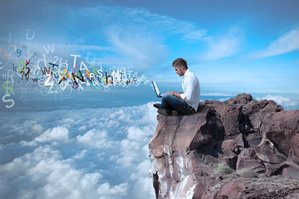 Imagine a world where all electrical and electronic devices are connected together using a wireless link. Well it’s not difficult to imagine according to ABI Research. It’s called the Internet of Everything and we’re heading towards it like wheel-shaped cheese rolling down a hill. Consumer devices and industrial automation systems alike have become so dependent on wireless, that if it failed, the consequences could be ruinous.

In 2014, the installed base of active wireless devices is expected to exceed 16 billion, according to the latest market study by ABI Research. With such a wide spread, it’s easy to see why industry would want to make the most of wireless technology.

The theoretical benefits of wireless, including increased flexibility, reduced cabling and minimal maintenance cost only become reality if the entire system is completely reliable.

The second type of applications involves the wireless monitoring of sensors within a plant. The standard networking technology is Wireless HART, which allows communication between field devices - like pressure sensors, for example - and the control system.

The most common application is plant-wide field wireless, which refers to the communication between the control system and peripherals. The supporting architecture is called Industrial Wireless LAN (IW) and has a long history of successful implementation across industries, including in the case of critical or continuous applications.

Regardless of whether we’re talking about oil and gas, food and beverage, pharmaceutical, automotive, aerospace, plastics and packaging, renewable energy or any other industry sector, wireless plays a huge role on a company’s smooth operation and success. This means regulations that refer to industrial wireless are crucial for how the technology is used and how much of a competitive advantage it offers companies.

Industrial wireless regulations are different around the world and whenever they are changed or updated, there is a lot at stake. Unfortunately, setting new regulations into place is often a process that happens behind closed doors, without consulting industry players.

One recent example is a new industrial wireless European standard (EN300328 V1.8.1) that threatens to make essential plant control sensors useless. The suggestion comes from the European Telecommunications Standard Institute (ETSI) and introduces the “listen before talk” (LBT) protocol as a solution for preserving bandwidth in industrial environments.

LBT means radio devices have to first check if any other device is transmitting and need to wait for a clear signal before communicating.

LBT could easily become a problem, particularly in critical applications. For example, if a wireless pressure transmitter located on top of a tank needs to communicate the pressure is too high, any delay in raising the alarm could cause tricky and even dangerous situations. On a larger scale, LBT could also lead to major industrial wireless failures and make European companies less competitive on the international stage.

The EN standard is meant to be implemented starting January 1, 2015, but several trade bodies and industry players are strongly campaigning against it. In the United Kingdom, companies that provide industrial wireless equipment or strongly rely on it are asked to contact GAMBICA, the trade body for the instrumentation, control, automation and laboratory technology industry.

Industrial wireless has potential for enormous growth. It is central for machine-to-machine communication and turning pioneering concepts like the Internet of Everything into reality. For these reasons, European Automation believes industrial wireless regulations should be carefully crafted alongside industry players, trade bodies and experts.