How to optimise pneumatic for cost and performance benefits 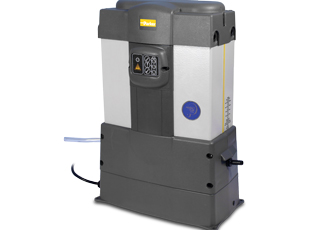 Compressed air is sometimes referred to as the 4th utility. In many sectors of industry, it is as important to the viability of an operation as electricity or water. For this reason, it is important to pay the same degree of attention to the optimisation and correct operation of pneumatic systems as to other utilities, for cost, performance and reliability reasons.

Pneumatics can be very efficient but wherever air is compressed, the cost can be disguised as part of the general electricity cost and because of this many manufacturers may be unable to quantify the exact running cost of their pneumatics. The average cost of compressed air in Europe ranges from 1.5-2.7¢ per cubic metre, depending on various factors such as the local cost of electricity per kWh, the output of the compressors used, size of the system and the density of the air being drawn into the compressors.

Reducing energy consumption is a hot topic among OEMs today, with legislative demands and the rising cost of electricity putting pressure on manufacturers to be as energy efficient as possible. Every year, the UK industrial sector, for example, uses over 10TWh of electricity to compress air, which is the equivalent of over five million tonnes of CO2 emitted into the atmosphere. Since pneumatics make up a sizable proportion of a plant’s energy consumption, taking the steps to ensure the minimisation of wastage and leaks while also maximising air flow in the system can only result in a win-win.

The importance of sizing
We are generally a lot smarter today when it comes to applying the right sized components than we were forty years ago. In the ‘old days’, the saying was ‘pipe size is right size’, and it’s taken many years to get to the point where engineers realise that large, pipe-sized components are no longer the default choice when designing pneumatic systems for plants.

A standard air line filter, for example, uses centrifugal action in the head to prevent water and other particles from contaminating the line. If the filter is sized too large (according to the pipe size, as is usually the case), the centrifugal action is not robust enough to remove the water. On the other hand, sizing it too small will result in a very noticeable pressure drop. Therefore, finding the exact size is critical for the overall efficiency of the system and avoiding pressure drops. Another factor to consider is to check whether the piping itself is correctly sized.

Rethinking the plumbing
In many pneumatic systems, the piping will run down from the main-line header into an application, and this is often connected by a connector called a quick-coupler, which snaps together using a male and female piece. They are great if there’s a need to couple and uncouple devices a lot, but they tend to have high rates of pressure loss, which can add to starving the system if it is already running at its maximums.

Occasionally, rust and scale can build up inside the steel pipes due to water contamination. These rust and scale flakes can sometimes clog up the quick couplers, so it could be that a lot of the steel plumbing might benefit from converting to plastic, or changing to standardised fittings and links made from aluminium instead of steel.

For example, a cylinder might need to be extended to move a load at 80 PSI, but the same force is not needed to reset the cylinder. Through the use of two regulators, the cylinder can be run at 80 out and 30 back in a dual pressure model to make the system more efficient.

There are several ways to achieve those two pressures, and some are more efficient than others, but the basic principle of higher pressure out and lower pressure on retract remains the same in all cases.

Changing filters
Another obvious way of optimising efficiency is to change or clean dirty elements. Typical commercial primary filters in a pneumatic circuit are designed to filter out particles as small as five microns from the air. Many of the filters commonly employ a spinning action to filter out any water droplets.

Initially the particulate filter might be sized for two or three pounds of pressure differential. This provides enough back pressure for the correct amount of air flow in and water filtered out. However, when contamination starts to coat not only the outside of the element but also the inner surfaces, part of the orifice is bound to get closed up, effectively dropping the three-pound differential steadily. Finally, it might get to the point where five to 10 PSI is lost simply because the element is dirty.

A lot of users will try to take the element out and give it a clean to get the system back in service. This is not a good idea because a lot of the contaminants are on the inside and simply can’t be reached. Instead of simply replacing the relatively inexpensive part, they are running the system on a clogged filter that costs more to run every month because the compressor is labouring to make up the extra pressure drop.

One of the main reasons Parker moved from a sintered bronze or fibre paper type of filter to a white sintered plastic element was to give a clear visual indication that when they look dirty, they should be replaced.

Clean, dry air
One of the main principles of compressing air is to take the surrounding air and jamming it into a small container, but this air also brings with it a multitude of water, dirt and everything else that’s in the environment around the compressor. When you compress air, you also heat it up, and the act of compression is part of the gas loss. This results in the air wanting to hold on to that water until it cools off again.

As the air cools off, water condenses in the system’s pipes, which is where water comes from inside the system. There are many different mechanisms that reduce the amount of water going downstream into the pneumatic system, but one of the main starting points would be a dryer, which will cool the air and allow the water to condense and fall out of it. Putting a dryer into the system won’t eliminate all of the water in it, but it will remove the bulk of it. Particulate filters then come into play at the point of use to clear out the remainder of water and dust in the system.

Simply living with water in the system as a fact of life creates a lot of problems with equipment rusting and other environmental issues.

Minimising pressure loss
Most manufacturers will know that pressure leaks can be insidious. They can be all over the plant, and difficult to find, because over the noise of normal operations, they usually cannot be heard. Leaks are everything from a fitting that hasn’t been tightened adequately to a cylinder that has a seal leakage. Often, it’s a crack in a piping joint or a quick-coupler that’s leaking air. Just one leak can cost from thousands of Euros a year, depending on the pressure and leakage rate.

For example, a hole equating to just 1mm in diameter in a system with an operating pressure of 12 Bar could equate to an energy cost of around €500 per year. If there are multiple leaks around the system it is easy to see how quickly significant costs can mount up. The ideal scenario is for plants to implement a very rigorous system for identifying and repairing leaks during downtime to maximise the efficiency of the system. Leakage detection and repair is the best low-cost method of significantly reducing compressed air costs.

All of these points have to be considered in order to optimise energy conservation and boosting air flow. It’s also important to remember that as plants scale up, so does every part of the pneumatic system need to be upscaled to cope with the demand.