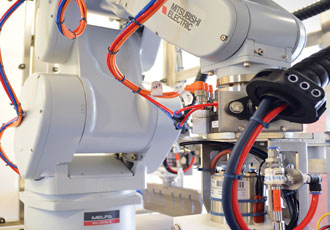 Food producers currently span the full automation spectrum, from huge volume beverage production and packaging plants to artisan food producers that do everything they can by hand. There is a large portion of the UK food industry however that sits between these two extremes and it has been slow to adopt smart factory technology.

Mitsubishi Electric sector manager John Rowley commented: “We often see food plants that are operating without an industrial network on the factory floor. Since establishing network connectivity across a production site is usually the first step in moving towards being a smart factory, then there are many companies out there that are yet to set out on the road to becoming a smart factory.”

There are several reasons for this, however chief among them is usually identified as investment cost. The industry is typically run on high volumes and small margins, supply contracts can be short and seasonal demand makes it hard to build large processes that are flexible enough to be used flat-out all year round. The cost argument however is often the easiest to overcome.

A smart factory can be built a piece at a time, providing that the vision of the final goal is discussed at the beginning. Robots are a great example, they have been used in stand-alone packing applications for years now, mainly because the jobs are tiring and repetitive for human operators and the ROI for a packing robot can be achieved very quickly. So, robots are a good first step, they are increasingly being used in process and assembly situations now as they are easier to programme, more flexible and can work alongside human operatives easily without cumbersome traditional physical guarding systems.

The cost of basic automation provision can also be small when compared to a standalone piece of equipment such as a new filling machine or a process freezer for example, it is just perceived as large when you look at how far you can go with it. 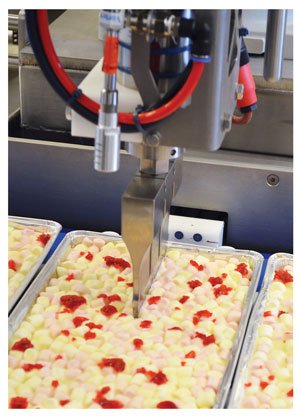 Admittedly there is a knock-on effect when you get started. Once you have connected one piece of equipment to a control and monitoring platform - and it is giving you good quality production data that allows you to control and optimise the process better - then there is a strong driver to keep going and include everything in the system. This is no bad thing because it means embarking on the process of creating a fully smart factory, which will ultimately be more flexible, easier to control and more competitive.

New machinery is also easy, as it tends to be highly automated already, it is just a question of specifying the right options and connecting it to other systems, providing an automation network or platform has been established of course. Updating older equipment is frequently easier than you’d think and Mitsubishi Electric works with a wide range of system integration specialists that can do everything from track and trace systems to batch control and adding smart servo systems to existing mechanical plant machinery.

Once equipment is automated then it is far easier to achieve product variations on-the-fly, which means food producers can adapt what they produce to meet changing demand. Smart sensors and systems can also monitor variable in-feed materials and allow for greater consistency in product quality – while still compensating for more customisation in final output.

It is an interesting time for food producers and there are a whole host of other solutions that can be applied such as edge computing, predictive maintenance and OEE benchmarking for example that can improve profitability and scalability. Ultimately however, for a large number of SMEs it is about taking the first step, and that is being made very much easier by experienced integrators applying user friendly solutions from manufacturers such as Mitsubishi Electric.