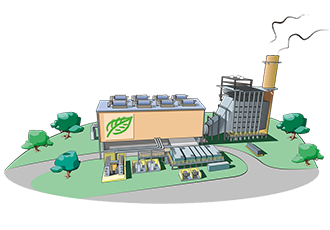 Digital transformation of energy management and automation provider, Schneider Electric, has had its Le Vaudreuil factory in France selected among the world’s top nine advanced ‘lighthouse’ site that embed the technologies of the Fourth Industrial Revolution into modern production at the World Economic Forum’s 12th Annual Meeting of the New Champions in Tianjin, China.

The factories designated as ‘lighthouses’ have comprehensively deployed a wide range of Fourth Industrial Revolution technologies and use cases at scale, while keeping people and sustainability at the heart of their innovation strategies. Smart and integrated, Schneider Electric’s Le Vaudreuil factory has introduced digital tools such as augmented reality which empowers operators to gain visibility into operations, maintenance, and energy use across sites, helping to reduce maintenance costs by 30%, while increasing overall equipment efficiency by seven percent.

The ‘Summer Davos’ event, or the World Economic Forum’s 12th Annual Meeting of the New Champions, gathers more than 2000 business leaders, policy-makers, and experts from over 80 countries, featuring top level discussions under this year’s theme of ‘Shaping Innovative Societies in the Fourth Industrial Revolution’. The Fourth Industrial Revolution is estimated to deliver $3.7 trillion to the global economy through enhanced productivity.

Selected from a list of more than 1000 manufacturing companies, the world’s leading smart factories of the future were awarded as ‘lighthouse’ sites during the summit based on their successful implementation of Fourth Industrial Revolution technologies in ways that have driven financial and operational impact.

Schneider Electric’s Le Vaudreuil factory was awarded as one of the world’s top nine most advanced ‘lighthouse’ sites applying Fourth Industrial Revolution technologies at scale. The factory has implemented the latest digital tools such as EcoStruxure Augmented Operator Advisor which enables operators to use augmented reality to speed up operation and maintenance, delivering between two and seven percent gain in productivity.

Its first implementation of EcoStruxure Resource Advisor delivers up to 30% energy savings and contributes to continuous improvement over the years.

Schneider Electric’s Wuhan factory was recognised by the forum’s expert community as a developing ‘lighthouse’ site for its pioneering adoption of smart manufacturing technologies in China. Selected as the first digital deployment site for Schneider Electric’s digital transformation journey two years ago, Wuhan leverages Schneider Electric’s EcoStruxure for Industry architecture to set the standard for smart factories in China and beyond. The site has implemented asset performance and reliability via IIoT and cloud solutions which have delivered a return on investment in six months.

Over 70% of businesses investing in technologies such as big data analytics, artificial intelligence, or 3D printing are not able to take the projects beyond pilot phase. To address the challenges confronting industries in both advanced and emerging economies when it comes to investing in advanced technologies, the World Economic Forum officially launched the network of ‘manufacturing lighthouses’ to create a learning platform where the ‘lighthouses’ capture the benefits for the larger manufacturing ecosystem which includes large multi-national organisations, small and medium enterprises, start-ups, governments, and academia.

Schneider Electric is now part of an elite community of leaders in the Fourth Industrial Revolution who have agreed to open their doors to share their knowledge and best practises with other industries (such as food and beverage, electronics) and develop an ecosystem of innovators, which will continue to grow and advance the adoption of smart manufacturing technologies.

The Le Vaudreuil factory has already received the Vitrine Industrie du Futur (‘Future Industry Showcase’) label from Alliance Industrie du Futur in France. Earlier this year, this digitally transformed factory was inaugurated on April 3rd, 2018 in the presence of Sébastien Lecornu, French Secretary of State and Minister of Ecological and Inclusive Transition; and Jean-Pascal Tricoire, Chairman and CEO of Schneider Electric.