As Britain prepares for Industry 4.0 let's take an optimistic view 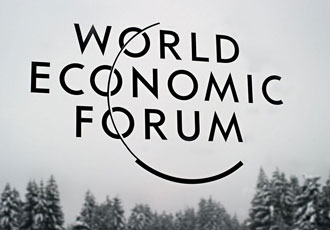 At the World Economic Forum (WEF) 2018, the ‘Readiness for the Future of Production’ report was released and it highlights Britain as one of 25 countries in a positive position to benefit from Industry 4.0. However, much of the media coverage following the release of the report has centred on the threat these technologies pose to jobs. Here, Martyn Williams, Managing Director of automation software provider, COPA-DATA UK, explains why automation could create more jobs than it replaces.

Britain's stance on automation
According to a study by YouGov, 34% of British workers believe that increased automation will damage their job security. A further 22% believe their wages will be reduced because of new technology. These statistics are a drop in the ocean of studies and reports that deem the rise of automation as the demise of the human workforce. However, this scaremongering isn’t necessarily true.

Humans are smart. Over the past several thousand years, we have reduced physical labour by inventing tools and machinery to complete tasks for us — or at least make them easier. Despite this, the last two centuries of rapid automation and technological progress haven’t made human workers obsolete. In fact, even during the First Industrial Revolution, Britain’s employment-to-population ratio continued to rise.

Over the past few years, fears of automation-driven job losses have re-emerged, particularly in the manufacturing sector. Industrial digitalisation technologies (IDTs), such as robotics and intelligent control software, are reigniting fears that jobs in the manufacturing industry are under threat. However, this technology will unlock human potential, not replace it.

Creating opportunities
Britain’s position in the Readiness for the Future of Production report is supported by the release of the Government’s Made Smarter initiative. The public-private collaboration was launched in October 2017 and aims to boost the nation’s productivity by encouraging manufacturers to embrace IDTs.

Concerns about the threat automation poses to employment are valid. Jobs are being displaced by the introduction of new technology, but due to increased productivity and revenues for British manufacturers, new jobs are also being created. In fact, the Made Smarter review estimates that an uptake of IDTs could result in a 25% productivity boost in the sector, creating 175,000 new jobs in the next ten years.

Rather than engineering humans out of the process, automation should eliminate monotonous tasks, enabling engineers to take on more challenging and intuitive opportunities. COPA-DATA’s industrial control software, zenon, follows this principle by using automated engineering.

With the software, engineers aren’t required to manually input programming code for each batch of production, nor are they obliged to physically input end-of-shift reporting. Instead, engineers can simply set parameters for production and let the software do the rest.

Britain has gained its position as a potential economy for Industry 4.0 success in the Readiness for the Future of Production report. However, without equipping engineers with the skills to work alongside these new technologies, Britain’s fear of automation job losses may become a reality. With the right strategy, automation won’t replace manufacturing jobs, but pave the way for better ones.