Technology transfer is essential for thriving design and engineering 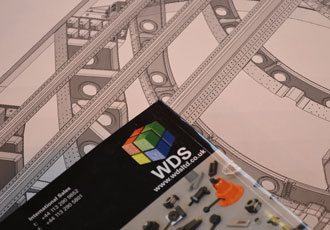 Competition is never far away, so the need to develop new concepts, designs, products and procedures quickly and efficiently is vital for continued success. Chris Putman, Sales and Marketing Director for WDS Component Parts takes a look at how technology transfer can speed projects to completion.

“As an engineer I spend a good deal of my working life involved with innovation in incredibly varied industries. I get to see how people solve problems, and I have the opportunity to make suggestions and work with businesses as they develop ideas into practical solutions. Often the suggestions I make are developments of other technologies and solutions I’ve witnessed in other industries. The transfer of technology across different industries is the reality of engineering, and it’s why it’s such an exciting profession. As engineers we can learn from one another and we can lift solutions from areas of personal interest and apply them to our professional expertise. Something that is a good idea in one industry is very often equally useful in another; but someone or something has to make that transfer happen.

That ‘someone’ could be a consultant engineer who works across many industries, or a designer who has changed jobs and gone into a new industry; that ‘something’ could be an engineering conference or other event where engineers meet and talk, or a short video on You Tube, a blog post or a magazine article. However ‘someone’ is usually more effective than ‘something’, because their enthusiasm and interaction will encourage other people to get involved and work through initial ideas.

Most engineering enthusiasts can point to products and procedures developed by NASA that have gone on to become common in everyday life. These include freeze-dried food, memory foam, space blankets, mini vacuum cleaners, cochlear implants, stents for cardiac bypasses and the famous tight fitting swimsuits at the 2008 Olympics where so many records were smashed (contrary to popular belief NASA invented neither Velcro nor Teflon). 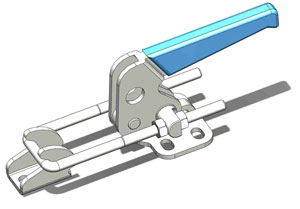 Rocket science
NASA has patents on nearly 2,000 spin-offs that are used in computer technology, environmental science, agriculture, health and medicine, public safety, transportation, recreation, and industrial productivity. It runs a technology transfer program that enables businesses in many sectors to adopt and adapt its know-how, as does its counterpart, the European Space Agency.

Unsung hero
One technology transfer that I like to focus on is the ‘pull-down insert’. This may not get an ebullient review from Jeremy Clarkson, but it has done much to improve the efficiency of many machining operations that support countless sectors of industry. A pull-down insert is a work holding device that was developed for the sort of precision machining operations that are essential in aerospace, Formula 1, medical equipment manufacturing etc. It facilitates tool access to all parts of the workpiece (except the bottom surface), obviating the need for repositioning during machining, thus reducing the risk of introducing errors and also saving time.

A pull-down insert is a single piece assembly made in high tensile steel that at first glance looks like a threaded dowel pin, but which is in fact a sleeve for a sprung threaded clamping pin. The insert is screwed into a hole in a fixturing plate and the workpiece is positioned over it, aligning a threaded hole in the workpiece with the insert. Using an Allen key, the clamping pin is then screwed up into the workpiece, engaging the thread and creating a holding force of up to 10kN, depending on its size.

Originally developed for super-precise machining of thin wall aerospace parts, it quickly became clear that they could be used in any number of other machining operations. Today, they are increasingly popular in high accuracy metal cutting and machining in industries such as automotive production, high speed turbines and the manufacture of medical devices - including bespoke in-body implants that must be tailored to each individual patient.

In fact the potential of pull down inserts is so great that WDS is now manufacturing them as a standard part and supplying them to an increasingly broad range of users. This requires that WDS engineers take the time and effort to introduce them as a new technology that may be useful in each client’s particular field, then going on to help the first time or two they are used. 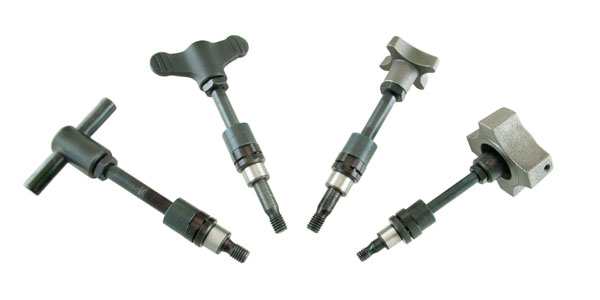 Finding that ‘someone’
So, looking at this example, we can see that ‘someone’ (a WDS engineer) is facilitating the transfer of a really good technology (pull down inserts) from its originating industry (aerospace) to other similar industries and then onto mainstream engineering in general. WDS sees this as a vital part of its role, going way beyond supplying parts and fulfilling orders to working as a partner whose skill is based in breadth of experience and depth of knowledge, who can generate new ideas or facilitate transfer from one industry to another.”