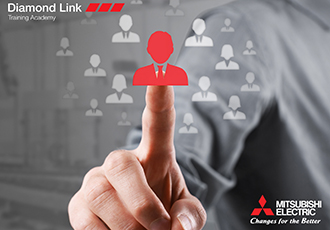 Until now Mitsubishi Electric has been coy about promoting its UK training academy until it had started to deliver real results. This year however the company has agreed to talk about the remarkable success the Diamond Link Training Academy (DLTA) has achieved both for the company, and its graduates.

Mitsubishi Electric’s Divisional Manager for Automation Systems, Roger Payne and two other senior colleagues based at UK company HQ in Hatfield were instrumental in establishing the DLTA. Roger is clear that their effort has been rewarded: “What we know now three years into the project, is that it has worked extremely well for us and for the people that have progressed through it.

Jobs have been created, people trained and important positions filled, giving them great employment prospects and investing in the future of Mitsubishi Electric UK at the same time. Compared to a more conventional recruitment and training drive we saw an ROI in just the second year, which is remarkable. The aim now we have an established programme is to promote the benefits and highlight how it is different to other paths into the industry.”

Defining the skills gap
With reference to the UK skills gap: “There is no denying that there is a skills gap in the current 35-45 age bracket when it comes to engineering and electronics, however there was much done from the mid-90s onwards to re-engage people with a bias towards technical subjects – and there are currently some good government backed apprenticeship and vocational learning opportunities out there. So, it wasn’t the lack of technical knowledge in the younger generation that drove the need for the DLTA to be set-up in the first place, it was a combination of sales acumen and technical ability that we needed.

We decided to go it alone because we realised that being a good Sales Engineer or Application Engineer requires a special mix of talents, education and experience - and no one single course at colleges or universities seemed to offer that combination of learning in their syllabuses. So, we set about starting a training academy and called it the Diamond Link Training Academy (DLTA) with an obvious play on the company brand logo.

Learning positivity
After three years of intake and experience [the first intake was the class of 2015] we have learned an awful lot as a company, as an employer, and as a training provider. This includes some unexpected bonuses, for example we hadn’t predicted how much each year group [the initial course lasts for two years] would talk to each other as a team, support each other and share experiences between themselves. We have inadvertently started an alumni group forming a legacy of positive improvement within the business and our personnel.

Our experienced employees who have become mentors initially saw the task as a burden, then they realised their understudies were very capable and quickly became a valued resource. When targets were introduced in the second year, healthy competition started which proved motivational. The main reward for the managers, mentors and trainers however is genuine pride in the achievement of the people they have brought on.

Creating a package that works
From the start, Chris Evans, Marketing & Operations Group Manager, Stuart Woodhead, National Sales Manager, and myself put ourselves in the shoes of the new recruits. I have personally been with Mitsubishi Electric for 31 years and moved from a technical support role to become UK Divisional Manager, so the career paths are clearly there. We all remembered what motivated us at the time and we have tried hard to incorporate this into the programme.

The intake criteria are orientated around graduates but we are not prescriptive and age was defiantly not a barrier – we have received successful candidates straight from education, after a year out, from industry and the military, so it’s a broad mix. The common thread between our recruits is motivation and a great raw skill-set. I say that because we have helped with accommodation, travel, even extended driving lessons to enable the right candidates to participate.

Areas where we initially worried about how well they would get on, such as soaking-up all the training material, the technical nature of the product range and its applications, working with customers, adopting internal IT systems and working with established colleagues as their mentors – were all taken in their stride. Which was fantastic, and underlined to us that the talent is there, we just needed to create the right environment to nurture and train candidates to become what we needed. 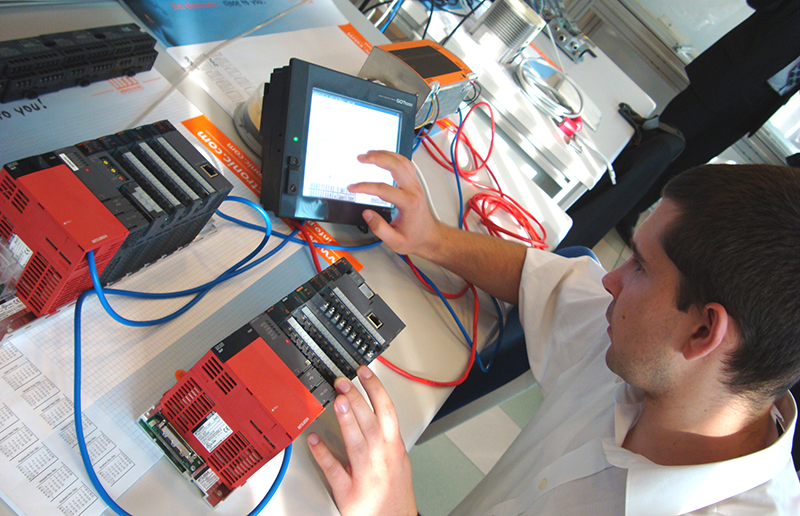 What is in a year…
There has been a different emphasis for each year group, orientating the year’s intake with our own needs. Some have become sales engineers and others application engineers. Each set of apprentices, which is probably a more appropriate description, are mentored during the first year and given genuine sales targets, live projects and real customers in the second year. Each participant is provided with a full set of “tools” to do the job, so it is very much real-world but something we all felt would be motivational; which is back to what motivated us when we started.”

Final word on taking part
The final word should go to one of the successful candidates, a first year’s intake who now has a position as Business Development Manager: “From the start the DLTA always looked like a great proposition to me; it is backed by a good company brand with a strong culture of looking after its employees and a good car! Seriously though, for someone who was interested in technology and working with people it was a great opportunity and I’ve thoroughly enjoyed working with all the people here. Most of all I enjoyed the fact that everything I’ve learnt is real-world knowledge, working with the latest technology and solving real customer challenges.”

The intake requirements for each year of the DLTA are advertised by Mitsubishi Electric and by training partner BMS, there is a formal and an informal aspect to the application process and all potential candidates are advised to get involved and talk to the teams involved as a first step.