One in six manufacturers: no-deal Brexit will leave business untenable 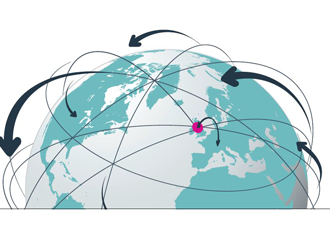 New research published today by EEF,The Manufacturers’ Organisation, shows that one is six manufacturers business decision makers say business would become untenable for them if the UK reverted to WTO tariffs, increased border checks on people and increased checks on goods at the border.

A quarter say that as a result of Brexit they have experienced, or are expecting to experience, losing out on investment (23%), losing skilled EU workers (24%) and losing a new contract (27%). While a similar number expect to change their growth plans as a result of Brexit. Moreover, 30% of businesses say that they are finding or expect to find it more difficult to recruit workers with the necessary skills.

The EEF-commissioned ComRes survey of 500 manufacturing business decision makers finds with just 6 months to go until Britain leaves the EU, four in five (83%) say that they are currently not prepared for a no-deal Brexit. Two in five companies (43%) say they are not prepared and will not be preparing for what would happen if the Government fails to strike an agreement.

Respondents were uncertain about where future opportunities lie, with 24% not clear what their biggest post-Brexit opportunity will be, but there was a definite appetite to take advantage of new trade possibilities. The survey showed that businesses see America as the top priority for a new trade deal after Brexit (52%) while two in five businesses (41%) are already exploring, or expect to explore, new markets outside the EU.

Manufacturers are however clear on their priorities for the Brexit negotiations, as trade with the EU seen as critical. Some 58% of business leaders highlighted the need to retain no tariff trade with the EU, and half (50%) emphasised the importance of retaining full access to the single market. Respondents also recognised the need for new trade deals outside the EU, with 68% referencing this as a priority. There is also clear concern about investment, with over a fifth of respondents (21%) having either lost or expecting to lose out on investment because of Brexit. Remaining in the Customs Union was seen as important for 71% of those businesses surveyed.

In parallel, ComRes ran focus groups of EEF members in three locations around the UK to further drill down into the thinking behind the answers business leaders gave in the wider survey. Clarity, even if the result was not conducive to business such as a no-deal Brexit, was preferable to the current uncertainty. There was further concern that investor have already started to look elsewhere and there was a worry that business opportunities in the EU would be restricted.

However, while companies saw turbulence in the short term, in the longer term manufacturing businesses are optimistic that business affairs will settle naturally as the UK and EU reach a stable agreement.

EEF commissioned research in response to ongoing calls from EEF members for greater clarity on the implications of Brexit on their day-to-day operations. The manufacturing industry accounts for 10% of the UK’s economic output and over 2.5 million jobs.

As well as the new research, EEF also published its own Brexit Audit of the Government’s White Paper. This highlighted four key outcomes which Industry needs to see from the final negotiations to make Brexit work and amounts to an endorsement of the Prime Minister’s Chequers plan. These include:

Stephen Phipson, Chief Executive at EEF, said: “Today’s research reinforces the need for manufacturers to get a deal to ensure they deliver for the UK economy. They also desperately require clarity to be able to prepare. It is absolutely crucial that an industry that accounts for 10% of the UK’s economic output and almost half of the country’s exports, prepares for exit day and all its possible implications. But currently over 80% have no plans to prepare for a scenario such as no-deal.

“Industry is one of the jewels in the crown for the UK economy and can continue to be post-Brexit. It must however be given the opportunity to adapt and build in robust Brexit preparations. The Chequers deal is a pragmatic and realistic solution which offers a practical way forward. It is now essential that the Prime Minister is given the backing to deliver on it.”

ComRes_EEF Brexit and the manufacturing industry report EEF White Paper - Brexit Briefing Making it Work
Like this Article? Register to receive updates here
You must be logged in to comment