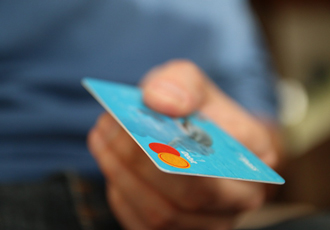 UK manufacturing makes a contribution to the UK economy which goes way beyond just the sum of its sub-sector parts, according to an annual snapshot of the sector published by EEF, the manufacturers’ organisation and Santander.

In particular, ‘UK Manufacturing: 2018/19 The Facts’ smashes the continuing myth that manufacturing jobs are badly paid with the average salary in manufacturing sitting at £32.5k.

This compares to £29k for the economy overall and 28.3k for services. Every manufacturing sub-sector also has higher average salaries than the service sector, apart from food and drink, with the highest being the high skill Transport sector at £39.8k.

The analysis by EEF and Santander also highlights the shifting sub-sector mix of UK manufacturing with Transport overtaking Chemicals/Pharmaceuticals to claim the top spot on R&D and being within touching distance of overtaking Food and Drink as the largest manufacturing sector.

The importance of the sum of manufacturing sectors is also reflected regionally, with the analysis showing that the average salary for manufacturing jobs is higher than for the regional economy average in every part of the UK apart from London where the City dominates.

Commenting, Lee Hopley, Chief Economist at EEF, said: “Our latest data continue to show that UK manufacturing punches above its weight in some vital areas of the economy and contributes more than the sum of its parts. This is reflected regionally, in productivity and pay levels, for millions of people working in the sector.

“It provides an important reminder that we’re still one of the top ten biggest manufacturing nations and we want to see policy makers working with industry to help move UK manufacturing up the rankings.”

"We are also delighted to see manufacturing output spread regionally across the UK with a thriving North West. Santander is committed to supporting British companies expand internationally and the manufacturing sector has a number of opportunities for growth both at home and abroad.”

Further analysis in the fact card shows export performance remains solid with manufacturing accounting for 45% of UK exports. Whilst the United States is the single biggest destination for manufactured exports (£43,1bn) the EU continues to dominate the overall picture with seven of the top ten destinations for UK exports being in the European Union, the other two exceptions being China and the UAE.

According to EEF this highlights the vital need to ensure there is minimal disruption to trade with the EU after Brexit given geography still dominates when it comes to export growth.

By Region the North West is the biggest single Region by output, as well as being the Region seeing the biggest growth in output since the 2017/18 fact card, up to £26.9bn from £24.2bn.

The West Midlands has also seen significant output growth during the same period. By Region manufacturing in the North West is the most productive whilst East Midlands is the least.