Changing the way we build through software developments 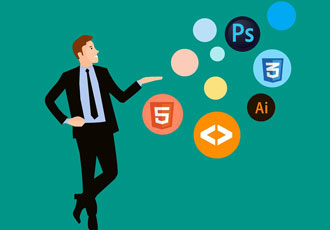 As we clear the way for more technology to be introduced, the way we find ourselves managing crowd movement in design within cities around the world is changing for the better. Not only is crowd simulation changing with an independent focus, but also the entire structural purpose of a city is changing too with high hopes to enhance the experience of citizens across the globe.

Technology doesn’t seem to be slowing down, and this is every architects dream — as high hopes and what were once unrealistic projects can now be achieved without hesitation. To find out more about the tools available, and what has helped urban planners and architects thrive in their sector, Oasys helped.

The use of crowd and pedestrian management software
All buildings have an aim to better the experience for the user, and to ensure that all within the structure are safe — and will be safe if an incident occurs. Crowd and pedestrian management software is specifically used in the architectural process — and for urban planning. The technology that is used throughout the building industry is capable of simulating thousands of people which will lead them to move into more digital models and city spaces.

In the desperate times of an evacuation, the technology can be used to simulate large crowds and direct them to the appropriate whereabouts on behalf of the architects who have designed the building — whether this is a concert arena, football stadium or shopping centre complex. It’s important to understand that this type of software can be used in multiple ways to ensure the best results and uphold crowd safety.

As mentioned above, the software can be used to prepare for an emergency and is flexible regarding real-time scenarios that could occur. Architects are now going into projects with the mindset that user safety is one of the most important factors for a build — whether this is for a transportation network of bus stations and train stations or other popular destinations such as hospitals and airports. It’s important to understand that with a rise in terror attacks across Europe, and further afield, preparing a viable crowd simulation process is more important than ever before and is a requirement that most building project leaders value more.

When it comes to multilayer mapping with a GIS, which is similar to density mapping, users are allowed to create a range of measures in one place. An example of this would be looking at potential agricultural land, whilst having an understanding that these locations are prone to flooding and erosion activity — you’re reminded of this by looking at the map.

But what are the advantages of this for city builders? Urban planners will be able to use the map to see if their proposed project is viable, ensuring that whatever they pitch and wherever they pitch it is suitable and can support the structure through a variety of natural causes.

The GIS is an intelligent tool for architects to use when it comes to urban planning, as the system has the ability to look back and analyse land where you might be thinking about building. If the area you’re looking at is already developed (in which case, you’re renovating) or has already been developed on in the past, the GIS may already have information on that location and can provide detailed reports on permits for that location. Whether you’re looking for permit type, when the permit was issued or the type of project it was for — this information can allow management of a scheme to make more informed decisions about the direction of the project. This will ensure that no interference occurs when you’re one step forward to laying the firm foundations of your build.

Not only can GIS help with the potential build, but it can also show you if it’s worth going ahead with the project entirely. Serving as an analytical tool and using customer-provided data, the GIS can look at the surrounding competition and advise whether it would be a worthwhile investment — are locals likely to travel to your store rather than your competitors? This will give management a greater insight and allow them to question their own motives — is it worth it?

The use of building information modelling (BIM)
One of the many benefits of BIM technology is that visualisations can be created which will allow project leaders to see simulations of the proposed buildings as well as the environmental impacts it could face — all before the project goes ahead, giving those in charge enough time to make the most appropriate and most efficient decision. As smart cities are on the rise, this feature is becoming vital on any project, as it allows you to test out the impact of the building before any physical construction work goes ahead — or amendments to the plan to fit in with the potential location.

There are a lot of considerations that architects must think about when it comes to urban planning, as mistakes can be costly — especially if you plan to develop in an area that has already been established. BIM can use a wide range of factors to become an informative tool to system managers. With this information at hand, whether it is using the software to help inform digging direction (to remove the risk of hitting cable wires) or how deep to go — it makes the building aspect of a project a much easier process and removes any potential delays.

In the planning process of a project, using BIM can help make a project more collaborative amongst designers — which is always beneficial in the construction sector. It can also help make more informed decisions, an example of this would-be workers on both drainage construction and landscaping can consult on the same model.

After looking at industry-expert opinion on the subject, especially with a rise in software cities around the world, Tony Andrews of Bentley systems commented: “Some of the drilling that we did for this project was within centimetres of the existing underground tunnels in London. It was absolutely incredible.”

Andrew’s experience as a Solutions Executive of Asset Management gave him a greater insight to the matter at hand, after he used BIM technology on a Crossrail project he was part of (a railway system which operates in the South of England).

What is ahead?
As the world evolves with technology, whether this is new ways to save energy or create structures, there’s no sign of its implementation slowing down which has led us to live in a more sustainable society — especially in the world of urban planning. An open-source software that is not currently available for use has been created in New York City. It is a system that creates a map using data to visualise how people move through cities. Heat spots on the map become more intense when areas are popular which allows government, councils and private landowners to have a greater insight into their property.

This software allows us to analyse how the city spaces are being used and who the occupants are. At the moment, the data is collected from Flickr and Twitter uploads, and this is planned to expand to other social networks.

Having a view of the software city in real time, urban planners can see how certain areas are busy and have a greater understanding of why — forever changing the future of how we build. It will also be possible to make comparisons between cities and replicate planning of structures if it has been successful in a city that runs in the same way.