What does the Queen's speech mean for industry?

Home > Around the Industry > What does the Queen's speech mean for industry?
14th July 2017
Source: Institution of Mechanical Engineers
Posted By : Anna Flockett 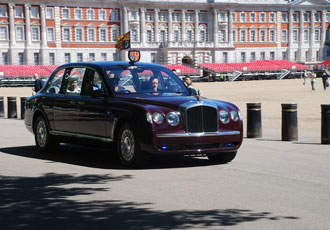 In response to the Queen’s speech 2017, Dr Colin Brown, Director of Engineering at the Institution of Mechanical Engineers commented: “It's reassuring that Government is committed to deliver plans for an Industrial Strategy, technical education, the next phase of High Speed Rail and support the UK’s automotive sector.”

He continued: “However there are huge gaps in policy on issues such as air quality and how challenges posed by Brexit will affect key sectors such as the nuclear and Med Tech industries.

“It’s a disappointment that the Government still fails to recognise the crisis we are facing with deteriorating air quality, particularly in our cities. This needs concerted action across all sources of pollution and particulates. This could be achieved by a commitment to a programme which sets out international targets by which we can be judged on.

“Plans for a Nuclear Safeguards Bill outlined today are a start to the process of securing the UK nuclear sector post-Brexit, but there is still a lot of uncertainty for investors. The UK’s departure from the EU and the European Atomic Energy Community (Euratom) is likely to be complicated and difficult, but it also presents the country with an opportunity to reshape its nuclear industry and once again become a world-leading innovator in nuclear technology. Disappointingly the legislative programme outlined today shows little ambition for the future of the UK nuclear sector, with no mention of the potential of Small Modular Reactors which would not only help to meet future energy demand, but also to develop skills, local employment and future export business.

“It is also disappointing that the Med Tech sector was not mentioned as a priority ahead of Brexit negotiations. As part of the UK’s Brexit deal, it is vital that the UK is able to maintain continuity with the EU CE certification processes, and enable UK manufacturers to export medical devices into the European Med Tech market. This sector is worth £17bn to the UK economy and supports 90,000 jobs. There was also no mention of how the Government will mitigate the more than €1bn a year funding shortfall the UK faces once it is no longer eligible for European Research Council funding.”