There is still a lot of confusion lurking over Brexit

Home > Around the Industry > There is still a lot of confusion lurking over Brexit
17th November 2017
Source: Fascia Graphics
Posted By : Anna Flockett 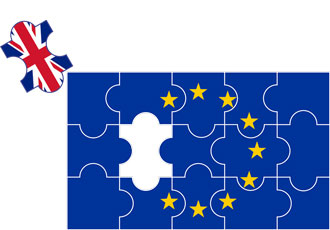 Waking up in today’s world, there is not a single day that passes by in which we don’t hear something about Brexit – sometimes it’s positive and sometimes it’s negative. Here Paul Bennett, Managing Director at Fascia Graphics takes a closer look at some potential impacts on Brexit and the UK manufacturing industry.

In just the last week, we’ve heard a report from global law firm, Baker McKenzie, which found that the UK manufacturing sector could lose £17bn a year in lost EU export revenues under a hard Brexit. And, this negative impact will not be confined to car manufacturers, carrying across into technology, consumer goods, and the healthcare sector.

From everything that you read about, a hard Brexit should be avoided at all cost, and the Baker McKenzie report once again backs this up. But, to avoid this hard Brexit, we will need to negotiate new customs arrangements for post-Brexit trade relatively quickly.

It remains a worry for all manufacturers that six months into negotiations with the European Parliament, we’re still seeing little in the way of progress. In fact, just last week the European Commission casted their vote that there has been insufficient progress. And, things look a little bleak, with European Commission President, Jean-Claude Juncker stating that: “We cannot talk about the future without any real clarity.”

At the same time, the government recently said it was making provision for the implementation of emergency customs, VAT and excise regimes in the event that no deal is reached to minimise potential disruption. Which perhaps signposts the direction of travel that the negotiations have taken

As a leading manufacturer, Fascia Graphics trades directly with many companies from EU member countries, and one of the main concerns is the trade deal we end up with once we officially depart. We have already felt the impact of leaving the EU, with the pound plummeting against both the euro and the dollar. In the short term, although rising inflation has increased factory gate prices, the weakness of the pound has meant that we can compete more aggressively for international business, and this has led to many new client wins.

Longer term, UK manufacturing will potentially have some barriers to overcome dependent on the exact trade deal which is struck. For instance, we have traded in a tariff free environment across the EU since we entered the single market, but this may change. Historically, tariffs have been used as an important barrier to free trade. They are often imposed to protect domestic industry from cheap imports. However, it often leads to retaliation with other countries placing tariffs on our exports.

If tariffs are applied by members of the EU, this may result in higher prices for consumers and businesses. And, the knock-on effect of tariffs would be to reduce margins, profitability and competitiveness when trading with our European partners.

However, as the likes of Boris Johnson (and his leave supporters often point out), Brexit presents new opportunities as well as risks. Half of the UK’s manufacturing exports are sold outside of EU markets, and Brexit will also provide us with the opportunity to negotiate more beneficial trade deals with these countries.

Outside of the specifics of the trade deal with the EU, there are a number of other factors which could affect the future of the UK manufacturing sector post-Brexit:

Funding from the European Union
There are a raft of business funding and subsidy initiatives available through the EU, which are unlikely to continue after the UK formally exits the union. What makes matters worse is that the government has not yet confirmed whether they will continue the payments which many companies presently receive. One of the most prominent examples of this is the Common Agricultural Policy (CAP), which is EU funded. However, the UK puts more money into the CAP than it takes out, so perhaps it may be farmers inside the EU that will be hit the hardest? Either way it’s a very complex situation, with the Agriculture and Horticulture Development Board recently stating that if the UK unilaterally open its borders (post Brexit) to low-cost food producers, the average UK farm is predicted to see its income fall from a current level of £38,000 per year to just £15,000.

From a business perspective there are a wide range of direct funding initiatives such as EU grants, and indirect funding in the form of the European Structural and Investment Funds, that are likely to disappear.

Business funding
While Bennett has here mentioned how the devaluation of sterling can be positive for UK exports, the banks don’t see it as a good thing, and can become very risk adverse during uncertain economic times. As a result, their lending criteria can become even tougher, and in the case of RBS (which allegedly exploited small business during the financial crisis), they can pull all funding at very short notice.

Because of Brexit, companies in need of a business loan to expand will probably find it harder to secure finance from UK banks. And, this is not just restricted to UK companies, The Bank of England has warned that lending to businesses could be impacted after Brexit because companies from EU member states, such as Iceland, Liechtenstein and Norway – provide about 10% of the lending to UK businesses and would need to reapply for authorisation to operate in Britain after it leaves the EU.

If you are an SME manufacturer rejected for funding, you should be aware of the Bank Referral Scheme, whereby your bank relationship manager should direct you to a designated business funding platform, such as Alternative Business Funding. These platforms have a much wider variety of funding options for both start-ups and established businesses.

Your staff
One of the reasons why the UK voted to leave the EU, was to have more control over the free movement of people, but huge concerns remain for many employers that have relied on a steady stream of EU workers.

The manufacturing sector currently employs 300,000 EU citizens, representing about 10% of the workforce. If large numbers of these EU workers leave the UK, or it becomes more difficult for EU workers to secure employment in the UK, then there could be a labour shortage for many industries including manufacturing.

Boosting productivity
For every manufacturer, striving for a more productive workforce/production line is a daily challenge. But, according to the Office of National Statistics (ONS), productivity - as measured by output per worker per hour - during the second quarter of the year was 0.1% lower than in the first three months of the year. And, while productivity in the services sector rose, the overall figures were dragged down by a 1.3% drop in productivity in the manufacturing sector.

Bennett shares: “It is my personal view that now must be the right time to invest in your business as relying on cheap labour will make no difference to productivity. Investment in technology will be critical. In the last four years, we’ve made £1m+ investment in two fully automatic Sakurai servo-driven cylinder presses. In addition to the increased productivity and product quality, this installation also reduced our carbon footprint. More recently, we invested in a new ERP System and a one click colour matching solution. The new MIE Trak ERP system means that customers will benefit from prices based on highly accurate manufacturing data, ensuring the most competitive and accurate quotations in the marketplace. The colour matching solution ensures faster and more accurate colour matching to the most exacting standards and tolerances in the industry.

Investments on this scale will not only boost productivity, it will also assist in dealing with some of the impacts of Brexit. For instance, you may not need low cost EU workers if you’re more productive and efficient; or you may not require business funding because cashflow has been stronger off the back of being more efficient. Equally, if you’re more productive, it is very likely that you will have some capacity to be more competitive on price. The devaluation of sterling coupled with the ability to be more competitive on price, could be a major buffer for an individual manufacturer against the negative impacts of Brexit.

But, there is a problem if we don’t as an industry become more efficient and productive, as a less productive sector, will in turn impact the public finances, and the Chancellor's ability to minimise any adverse impact of Brexit on the economy.”

There will be winners and losers
Some sectors will naturally be more exposed to tariffs. The car industry, for instance, would face 10% tariffs under WTO rules. But other industries such as the manufacture of mechanical seals — which stop fluids leaking out when pumps and similar devices working at high speed — will only face a 1.7% tariff. This has already been offset by the devaluation of sterling.

Crucially for all manufacturers - you only face tariffs when your exports classify as manufactured products. If you’re exporting parts to assemble to order, the rate falls to zero.

Clearly there will be winners and losers because of Brexit, but at Fascia Graphics it is already taking steps to ensure that it continues to trade with the EU and remain the leader in the membrane keypad and graphic overlay industry.