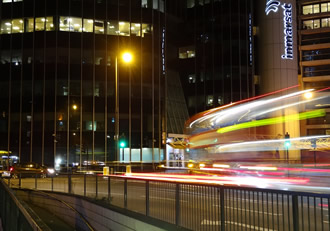 A two-year contract has been awarded to Jacobs Engineering by Transport for London (TfL) to provide Integrated Impact Assessment (IIA) services to support development and finalisation of the revised Mayor’s Transport Strategy (MTS) for London.

The MTS is one of the key plans for the incoming Mayor of London to establish its refreshed policy framework and strategic direction for London's transport to meet projected economic and population growth. TfL is responsible for most aspects of London’s transport system.

Jacobs is providing assessment of the potential environmental, health, equality and economic impacts of the proposed new strategy, including specific topics such as community safety.

Jacobs Buildings and Infrastructure Senior Vice President Bob Duff said: “The MTS is a central part of London’s preparation to support sustainable growth across the capital.”

Duff added: “We’re delighted to work alongside the TfL and Mayoral teams at the forefront of the strategy’s development in assessing, consulting on and finalising the MTS.”

The award enables a continuation of the relationship Jacobs established with the TfL team during delivery of the Ultra-Low Emission Zone (ULEZ) IIA in 2014 and 2015. As well as strategic policy development and support, Jacobs delivers a range of rail engineering, highways design, environmental services and transport planning and modeling services to TfL within London.

More from Transport for London