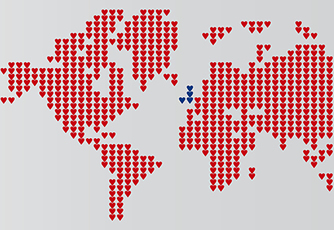 This year is expected to be another year of risks for UK manufacturers, however by gearing up to hit challenges head-on will allow manufacturers to put up a good fight, according to this year's annual Executive Survey from EEF, the manufacturers' organisation.

While 46% of companies see more risks than opportunities in the year ahead, the sector is far from apprehensive. Instead, UK manufacturing is striding into 2017 with firms focused on delivering ambitious growth plans and feeling positive about productivity, employment, investment and sales for the year ahead.

Being realistic about the challenges ahead, manufacturers also appear to be quietly confident about conditions in their industry. The same cannot be said of broader conditions however. While a quarter of firms expect UK economic conditions to improve, these are outpaced by those steeling themselves for a decline (47%). The view is similar when it comes to global economic conditions too, where 24% anticipate improvement and 36% predict deterioration during 2017.

This more pessimistic outlook does not taint manufacturers' views of their own future performance though, with many still expecting to pack a punch. In the year ahead, an impressive 56% of firms expect to increase their productivity, while half (50%) expect to boost UK sales.

There is also good news on the export front, where over four in ten firms expect to see improvements in volumes - 43% in non-EU and 41% in EU exports. Permanent employees and investment levels also look set to be stepping in the right direction this year.

These predictions are not empty pipe dreams either; they are firmly grounded in manufacturers' business plans and growth strategies. Despite, or perhaps because of, the unpredictable economic conditions, firms remain focused on long-term and broad-based actions.

Their priorities and direction of travel is very clear, with 56% intending to increase productivity through process innovations, while half (50%) aim to increase investment in technology and innovation. As well as looking towards 4IR (the 4th industrial revolution) over 44% will be working with suppliers and customers to ensure supply chain flexibility.

Other areas where strong efforts will be made include diversifying into new export markets, brand and marketing and commercialising new technology and product developments.

That is not to say that manufacturers expect an easy ride with these developments - the findings suggest that they remain fully aware of the challenges they face in trying to deliver on their goals. As such, with ongoing weakness in global demand looking set to persist in 2017, manufacturers have placed diversifying into new export markets at the top of their list of challenges this year.

Brexit also looms high on their risk radar - it is seen as a significant exacerbating factor in a number of key areas, such as exchange rate movements (74%), rising input costs (66%) and volatility in major markets (45%). Companies also recognise potential impacts from Brexit to the perception of UK sourcing.

But, while Brexit has amplified risks, it has not tarnished manufacturers' views on the UK as a manufacturing base. Over six in ten firms (61%) say that the UK is a competitive location for their manufacturing activities - up from 56% last year. Just 13% disagree, down from 18% last year. Although much could change as Brexit negotiations progress, for the time being at least this can be seen as a vote of confidence in the UK.

Terry Scuoler, CEO of EEF, said: "Global political upheaval means that 2017 looks set to be another bumpy ride, with manufacturers forced to navigate uncertainty, unpredictable economic conditions and a number of risks that have been amplified by Brexit.”

Scuoler continued: "Against this backdrop a smooth journey is far from guaranteed, but firms are strongly attuned to the challenges and remain fully focused and determined to deliver on their long-term plans for growth. With a new digitally-driven industrial era on the horizon and everything to play for, this long-term vision and focus is vital - despite the peaks and troughs manufacturers cannot afford to be diverted away from where they need to be.”

Finally Scuoler added: "In many ways 2017 is likely to be another unprecedented year of change and uncertainty, but the UK manufacturing sector remains ambitious, resilient and adaptable. These strengths coupled with firms' sophisticated and dynamic business strategies should help keep our sector on course and I would urge the Government to play its part too by ensuring that it implements a strong, robust and comprehensive industrial strategy to support UK manufacturing's drive for growth and technological innovation."