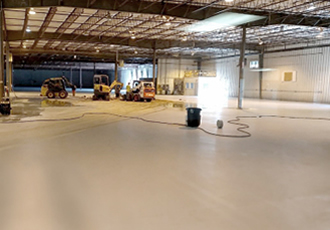 Opening a production and training facility, measuring nearly 70,000ft2 is Norsk Titanium US, subsidiary of Norsk Titanium AS, due to open in Q4 2016. The PDQC will complement the US company’s new headquarters and manufacturing plant which is currently in the design and planning phase with a targeted completion date in 2017.

The PDQC facility is funded by a Norsk Titanium investment designed to accelerate production and the creation of jobs and economic development in the Plattsburgh-North County region.

Norsk Titanium President & Chief Executive Officer Warren M. Boley Junior said: “Launching the PDQC facility in 2016 represents a multi-million dollar investment by Norsk Titanium in the region and demonstrates our commitment to quickly commence operations and get a head-start on partnering with the people of Plattsburgh to generate jobs and economic development here.”

Boley added: “As the industrial scale RPD factory next door comes online during the next year or so, we will move the bulk of production there, while retaining this PDQC building as a qualification and training centre as well as a showcase for our latest innovations and technology.”